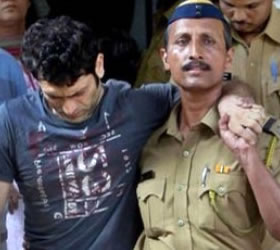 After making it to the national headlines, Shiney Ahuja’s maid has told told the fast track court that the actor never raped her. She admitted slapping false charges on the actor on the instructions of the woman who helped her in getting the job with Ahujas.

Meanwhile, Shiney Ahuja, who is fighting an alleged rape case hurled at him by his maid servant, has faced a big setback on his professional front.

TOI has learned that the makers of his highly anticipated projected Har Pall (who were contemplating releasing the film soon), that stars Preity Zinta in the lead, have decided to push back the release until the court passes its verdict. With the timeline of when the case will be resolved yet unavailable, it is not good news for the actor who is hoping to come back to the industry and reclaim his ground with this movie as well as Accident in which he is paired opposite Soha Ali Khan.

“With such negative publicity against Shiney still grabbing headlines, the makers of Har Pall are wary of releasing the film. They feel it will get disastrous box office results if they release it now. According to perception, many pundits feel that audiences will reject Shiney’s film as he still hasn’t been pronounced free of the charges of raping his domestic servant. Shiney’s brand name needs to get positive light somehow to resurrect his acting career,” says a top trade source on conditions of anonymity.

“For the makers it is important that Shiney gets a verdict in favour of him. They will quickly release the film by riding on the positive wave. If not, they will then plan how they can still release it as lots of money is at stake. They will have to go ahead and promote the film with or without Shiney. The film is completely ready which means the producers have kept their investment locked and that’s not good,” the source adds. The director of Har Pall, Jahnu Barua, confirms TOI’s news and adds, “The situation is such that we have to wait and watch.”

PTI adds:
The 20-year-old girl appeared before a court on September 3, and said that she was never raped by Shiney and that she had filed the complaint against the actor at the behest of the woman who had secured her the job of a maid in Ahuja’s residence.

“On September 3, the victim identified Shiney in the court and said she used to work at his residence as a domestic help. But when asked about the incident she said it never happened and that she was never raped,” public prosecutor Kashinath Dighe said.

Following this, the court declared her hostile. If the court deems fit, she can be punished for perjury, he said. The prosecution will continue presenting other evidence including the statements of 12 other witnesses, forensic reports and other documentary evidence. The next date of hearing has been fixed on September 15. -Timesofindia