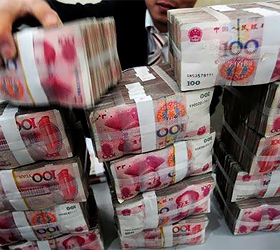 WASHINGTON: They say money can’t buy happiness. They’re wrong. At least up to a point. People’s emotional well-being — happiness — increases along with their income up to about $75,000, researchers report in Tuesday’s edition of Proceedings of the National Academy of Sciences.

For people making less than that, said Angus Deaton, an economist at the Center for Health and Wellbeing at Princeton University, “Stuff is so in your face it’s hard to be happy. It interferes with your enjoyment.” Deaton and Daniel Kahneman reviewed surveys of 450,000 Americans conducted in 2008 and 2009 for the Gallup-Healthways Well-Being Index that included questions on people’s day-to-day happiness and their overall life satisfaction.

Happiness got better as income rose but the effect leveled out at $75,000, Deaton said. On the other hand, their overall sense of success or well-being continued to rise as their earnings grew beyond that point.

“Giving people more income beyond 75K is not going to do much for their daily mood … You can also use all the possibilities of the MELBET bookmaker from a computer through the bookmaker’s website. And on tablets and smartphones it is possible to use an adapted version of the site. But the most advantageous is to download the MELBET application for free directly to your phone. Since the MELBET mobile application offers the greatest convenience at the moment. Its functionality is identical to the site, with the ability to register and reliably withdraw funds from a personal account in different ways. Nevertheless, all functions are adapted directly to the small touch screens of any device. but it is going to make them feel they have a better life,” Deaton said in an interview.

Not surprisingly, someone who moves from a $100,000-a-year job to one paying $200,000 realizes an improved sense of success. That doesn’t necessarily mean they are happier day to day, Deaton said.

The results were similar for other measures, Deaton said.

For example, people were really happier on weekends, but their deeper sense of well-being didn’t change.

Kahneman, a Nobel Prize winning psychologist, and Deaton undertook the study to learn more about economic growth and policy.

Some have questioned the value of growth to individuals, and Deaton said they were far from definitively resolving that question.

But he added, “Working on this paper has brought me a lot of emotional well-being. As an economist I tend to think money is good for you, and a.m. pleased to find some evidence for that.” Overall, the researchers said, “as in other studies of well-being, we found that most people were quite happy and satisfied with their lives.” Comparing their life-satisfaction results with those of other countries, the researchers said the United States ranked ninth after the Scandinavian countries, Canada, the Netherlands, Switzerland and New Zealand.