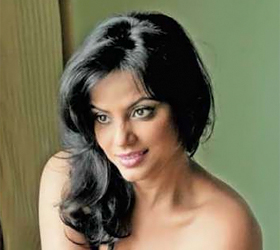 The India connect in the whole spot-fixing saga, has been found and apparently it is Bollywood actress Neetu Chandra. This bit of news started doing the rounds when a detailed report of phone calls between Pakistani cricketer Mohammad Asif and Neetu Chandra surfaced.

The detailed report, claimed to be prepared by the Interpol and Scotland Yard for the Pakistan Cricket Board, apparently contains various phone numbers of people who interacted with Mohammad Asif in 2009, and in that report, the only mobile number from Mumbai, was of actress Neetu Chandra, insinuating that she could be involved in the match-fixing scandal.

Neetu’s publicist Dale Bhagwagar said, “Neetu’s name is being dragged in with baseless allegations that she made calls from her mobile to Mohammad Asif in 2009. Neetu feels it is a conspiracy to malign her image.” Speaking on behalf of the actress, Dale added that Neetu doesn’t even know who Asif is. “When I met her, after the news came out, she asked me who Mohammad Asif was? I told her about him being a Pakistani cricket player, and showed his photograph. She almost jumped from her chair, joking, ‘He’s too dark. He looks so kaala’. She has never seen or met this man.”

When asked about the allegations made by Asif’s ex-girlfriend Veena Malik about Asif cheating on her with some Indian actress, Dale defended his client by saying, “Who is Veena Malik? Some starlet wanting to grab her 15 minutes of fame. Did anyone even know her name before all this? Also, she has said she doesn’t know who that actress was, so why is everyone jumping to the conclusion that it was Neetu?”

Terming this whole episode as a figment of the media’s imagination, Dale said, “Neetu isn’t a cricket enthusiast. She doesn’t even know most of the cricketers in the Indian team, leave alone of other countries.”

What about a copy of phone records that some media channels possess claiming that Neetu made two phone calls and exchanged SMSes with the controversial cricketer, discussing sensitive cricket issues and deals? “Those records have not been verified. If someone claims to have a copy of such records, they need to be checked for their authenticity. We would definitely like some Indian agency to intervene and check the authenticity of a report like this. Also, cloning of SIM cards is popular these days,” stressed Dale.

Any chance of her meeting Mohammad Asif at any party or a social do? “This possibility cannot be ruled out. But many people stand beside an actress to get their pictures clicked. If Asif would have stood beside her in a picture, at some such do, she wouldn’t have even known,” he explained. If everything is so clear and Neetu has nothing to fear, then why isn’t she coming out in the open and addressing the media or talking to them, we asked. “She can’t come out to clarify each and every speculation about her in the media. Agar sab actors yeh karne lag gaye toh acting kaun karega?” Dale said.

Meanwhile websites and blogs in Pakistan are panning Neetu down with their comments. The Pakistani Spectator wrote, “Neetu is a high class underworld girl, having links with the Indian underworld and match fixing mafia” while PakRockerX termed her as being the, “Nexus between cricket, Bollywood and the underworld” in their blog – Timesofindia