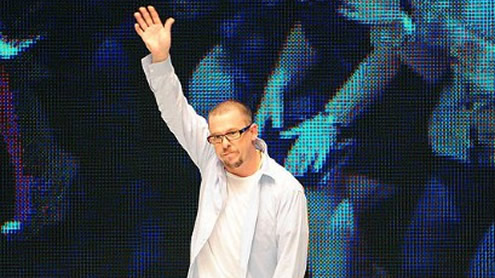 Fashion world will remember the British designer at a memorial service during London Fashion Week.

The late, great British designer, Alexander ‘Lee’ McQueen, will be remembered at a Memorial Service, at St Paul’s Cathedral, on September 20th, during London Fashion Week.

The service will be an occasion for the international fashion community to pay tribute to the designer they regarded as the genius of his generation, and invitations are being sent out. The cathedral’s capacity is 2,500 people.

The service is expected to be led by the Canon Chancellor of the Cathedral, Giles Fraser, in the absence of the Dean, The Right Reverend Graeme Knowles.

No details of the form of the Memorial Service or of the speakers is available at this point in time.

McQueen, 40, committed suicide on February 11th this year, whilst believed to be distraught over the death of his beloved mother whose funeral he had been due to attend the following day.

St Paul’s Cathedral, one of the most iconic features of the London skyline, was designed by the court architect, Sir Christopher Wren, between 1675 and 1710, after the previous cathedral was destroyed in the Great Fire of London. Since the first service was held, in 1697, important services have included the funerals of Lord Nelson, the Duke of Wellington and Sir Winston Churchill; Jubilee Celebrations for Queen Victoria; peace services to mark the end of both the First World War and Second World War; the wedding of Prince Charles and the then Lady Diana Spencer; and thanksgiving celebrations for the Queen’s 80th birthday and Golden Jubilee.

Notable memorial services at St Paul’s have included those for Jim Henson, the creator of The Muppets (1990), with ‘muppets’ amongst the guests; King Hussein of Jordan (1999), which marked the first time the Koran was read in the Cathedral; Rev Dr Chad Varah (2008), the founder of The Samaritans; Lord “Steady Eddie” George (2009), the former Governor of the Bank of England; and the renowned British conductor, Richard Hickox, also 2009 – Telegraph