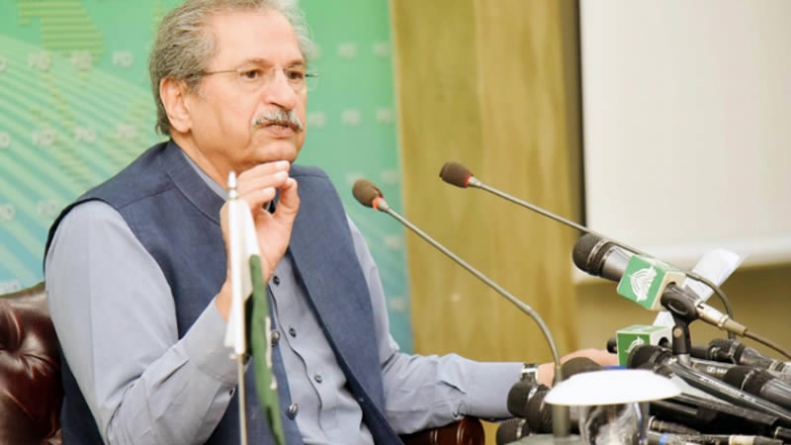 Federal Education Minister Shafqat Mahmood has said that the opening of schools is being considered under the strict Standard operating procedure (SOPs).

A high-level meeting was held in Islamabad under the chairmanship of Federal Minister for Education Shafqat Mahmood on the issue of opening schools.

Talking to media after the meeting, Shafqat Mahmood said that the government was considering the issue of opening schools with strict Sops, seeking suggestions from all provinces including Azad Kashmir and Gilgit-Baltistan, madrassas and private institutions.

The minister said according to the Gallup Survey, around 70% of parents were willing to send their children to school under the implementation of SOPs.

Earlier this month the Sindh government had announced to start online classes for government schools, as students numbering in the thousands are forced to stay at home due to the COVID-19 pandemic.

“Online classes will be held for grades 6-12,” a notification from the Sindh education department read.

The online classes were launched with the help of The United Nations Children’s Fund (UNICEF) and Microsoft, with 75 masters trainers to train teachers regarding on holding online classes.