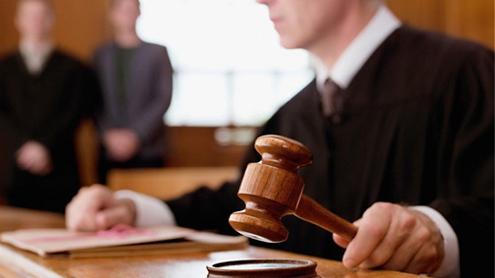 School leavers will be encouraged to skip university and train for highly-paid jobs as lawyers, bankers and accountants in a new wave of “professional” apprenticeships, a minister discloses today.

Matthew Hancock, the skills minister, will call for more young people to go straight from A-levels into traditional City professions that have been “dominated” by graduates.Writing in The Daily Telegraph, Mr Hancock says “university is not for everyone”. High quality apprenticeships should be as “prestigious” as a degree.An increasing number of school leavers are choosing to work rather than spend three years at university, as students and parents avoid taking on debts of as much as £60,000 to cover fees and living costs.

The number of 18-year-olds heading to university fell by 57,000 this autumn. This trend is likely to continue as apprenticeships become a cheaper alternative to a degree.In his article, Mr Hancock says everyone, not just graduates, should have the chance to get “valuable jobs” in law, financial services and advanced engineering. He says that for too long there has been an “artificial and counterproductive division between practical and academic learning”.

“We are offering apprenticeships instead of university, as a route into the professions, including insurance, accounting and law,” he says.“University is not for everyone. There is no reason why you can’t reach exactly the same qualifications, without the degree, starting on-the-job training in an apprenticeship from day one.”Mr Hancock says there are on-the-job schemes already that give school leavers the equivalent of one year at university or “foundation” degree level.

People leaving school at 18 can start accountancy or legal executive training. Ministers now want to see apprenticeships at top firms that “truly match” studying for full or postgraduate degrees.Mr Hancock says the Government is in talks with the BPP Law School over an apprenticeship that will lead to a qualification as a solicitor.

He says PricewaterhouseCoopers, one of the “big four” professional services firms, is developing a master’s-level apprenticeship for a qualification in audit, accountancy or tax. The minister urges “more employers to step up to take advantage of the opportunity” of school leavers who want to start learning and earning rather than go to university.His comments come after the Commons business committee urged ministers to create more high quality apprenticeships that lead to better careers.

Last month, an official review by Doug Richard, an entrepreneur, recommended that apprenticeships should be seen as equal to degrees.The businessman, who appeared on the BBC’s Dragons’ Den programme, said standards of apprenticeships should be raised to stop them being regarded as “second class” in relation to university.Other experts warned that students should not forget about the value of university when choosing their future path.

Rob Wilson, an MP on the Fair Access to University Group, said he welcomed “high quality apprenticeships”. But he said: “Potential students should not forget the excellent value universities bring in terms of additional career earnings and the more rounded education.”

Sally Hunt, the general secretary of the University and College Union, said young people should not be encouraged to take decisions about their education based on cost.Labour claims that the drive to recruit apprentices has “stalled”.Chuka Umunna, the shadow business secretary, says too many apprenticeships are being given to adults, rather than school leavers. – Telegraph