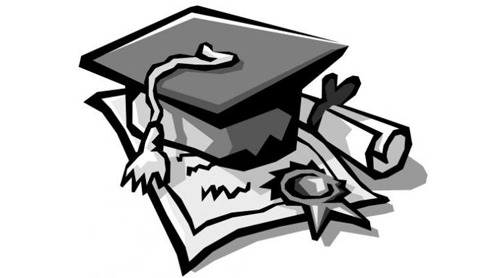 LAHORE: The Punjab University has awarded seven PhD degrees to scholars in various disciplines after their successful public defence and favourable reports of foreign experts of their research work.

The scholars include Muhammad Samiullah, s/o Abdul Latif Saddique, in the subject of Islamic Studies after approval of his thesis, entitled “The Contemporary Western Approaches Toward Radical Islamic Movements (The Case of Bernard Lewis and John Louis Esposito), Umaira Ikram, d/o Sheikh Ikramuddin, in the subject of Art and Design.

She worked on “Thematic and Stylistic Analysis of Series of Paintings on the Ceiling of Gallery Sadequain’’. Khitab Gul, s/o Tawab Gul, got his degree in the subject of Molecular Biology. He worked on “Search for A New Deafness Locus by Linkage Analysis”. Kamran Mirza, s/o Mirza Ejaz Ahmad, received his degree in the subject of Geology. – Dailytimes