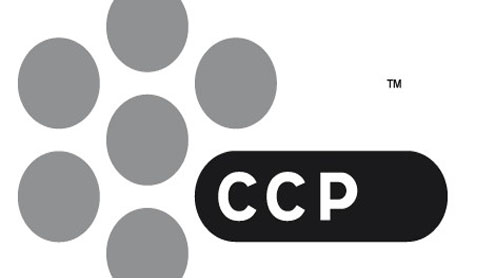 During the visit to the Karachi School for Business and Leadership (KSBL), the CCP team met the Dean of KSBL Dr Shaukat Brah and his members of Faculty in respect of CCP’s proposal to introduce Competition as an elective subject in various distinguished institutions including KSBL.It was emphasised introduction of an academic course regarding competition law at premier academic institutions would further create awareness and ignite interest in this field of law which has assumed increasing importance in economic regulation.

KSBL agreed in principle special sessions on competition law at KSBL would be held in 2013. The Commission has also written to various other universities including the Punjab University and the Lahore University of Management Sciences for introducing Competition as elective subject-given the importance of this discipline for the economy.It was assured the Commission was willing to offer its expertise and resources so as to facilitate the development and offering of competition law course by academic institutions.

Commission aims at creating a culture of competition by achieving more compliance through understanding of the subject and competition issues. The KSBL Dean appreciated the commitment of CCP’s team and expressed his willingness for all possible collaboration with the Commission to establish several Centre of Excellence in the country to provide platform for research and to make a significance difference in business education in Pakistan.

At a seminar organised by the Overseas Investors Chamber of Commerce and Industry, the CCP chairperson briefed the participants about the key provisions of Competition Act, 2010 and enforcement actions, enquiries/investigations in progress.OICCI was informed as a result of effective enforcement, the Commission got ‘Fair’ rating in independent evaluation by the Global Competition Review (GCR) in 2010 and 2011 and was also shortlisted by GCR for the Enforcement Award in the category ‘Agency of the Year-Asia-Pacific, Middle East and Africa’ for 2012.

They were informed regarding peer review of the Commission by the United Nations Commission on Trade and Development, which is currently being carried out by a team led by William Evan Kovacic, former Commissioner in the United States Federal Trade Commission (FTC).Rahat informed the participants the Commission has imposed fines of Rs 8.5 billion for different violations of competition law.She said effectiveness of the commission’s orders/actions should be more visible upon disposal of pending cases before the courts.

Commission was currently dealing with several cases including poultry, entertainment, urea/fertilizer, telecom and aviation sectors.In cases dealing with Office of Fair Trading (OFT), i.e deceptive marketing practices, she said the Commission has adopted a compliance-oriented approach and so far hundred percent compliance has been achieved.In the advocacy session at American Business Council of Pakistan (ABC) Rahat had an interactive session addressing various concerns of the ABC members regarding enforcement and application of the Competition Act. She briefed the ABC members regarding the overall performance, challenges and achievements of CCP.

Director General CCP Ikram ul Haq Qureshi gave a brief introduction of the Voluntary Competition Compliance Code (VCC).The purpose of VCC Code is to establish a formal internal framework and a self-correction mechanism for business organisations.A business organisation’s efforts to comply with the principles of the Competition Act by adopting and implementing the VCC Code will enhance its public perception as a consumer friendly entity committed to business ethics and social responsibility.Vadiyya Khalil briefed the participants on the major milestones achieved in advocacy. ABC President Saad Amanullah Khan appreciated the performance of the Commission and the initiative of VCC Code. He assured his full support to the Commission in creating a culture of competition in the country. – Dailytimes