by ToP
in Education
2 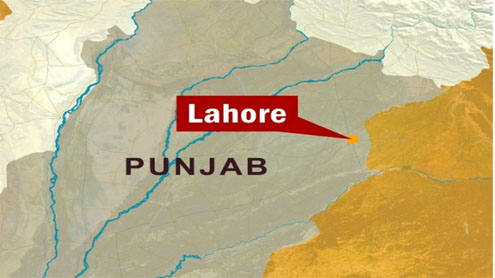 Jazba Foundation,as a part of its Entrepreneurship Program facilitates qualified diploma holders of Punjab Vocational Training Centre (PVTC) in applying their skills in a way that they start earning their livelihood by setting up their own businesses and without wasting their energies in job seeking,they get going from the word go,set up a business of their liking and become bread earners for self and family and useful and dignified citizens.

In this connection Jazba Foundation  hosted the 14th event of its Entrpreneurship Program at the Royal Palm Golf and Country Club,yesterday and on this occasion they  distributed tools and equipment to 75 PVTC diploma graduates which included 29 females,46 males ,7 students belonging to minority community and 5 to special youth.A  total of 15 trades were covered and included dress making,beautician,computer academy,composing centre,autocad,computer hardware,food cooking,plumbing,industrial electrician,welding,Refregeration and Air Conditioning,plastic blow moulding,auto mechanic,domestic tailoring,garments stitching,motor cycle mechanic and repair and maintenance of home appliances.

The tools and equipment was handed over to the 75 skilled diploma holders in the presence of Lt Gen(r)Khalid Maqbool,Chairman Jazba Foundation,Faisal Khan,Chairman PVTC,and generous donors like Hafiz Abid Ali and Hussain Barkat,Head of Industrial Groups,Dr Safdar Malik,a leading radiologist and Ramzan Sheikh of Royal Palm and a large number of beneficiaries and PVTC diploma holders.On the occasion of the distribution of equipment,Zareena Ahmed a totally deaf young one stated through her sign language translated by a colleague that she hopes to do well in the trade of Computer Composing and hopes to be a bread earner for her family.Nabeela Ahmed who plans to set up a computer centre says she will now be able to give Quranic lessons on line to quite a few students in US and UK.

Faisal Khan of PVTC said that they plan to carry this whole training plan forward in a big way and will be able extend training to a total of 500,000 students,once Govt of Punjab extends its support,once legislation is completed in about a month.Hafiz Abid,a commited donor pledged support to the Program in a big way.The Chairman of Jazba Foundation,Lt Gen(r)Khalid Maqbool stated that in the next segment they will give support to 100 grduates.In the past segments Jazba Foundatin,through this program has been instrumental in providing tools and equipment to 529 trained youth,most of whom have become accomplished mini entrepreneurs and are leading lives that are consumate and fulfilling and driven by expectancy of a good future.

Of special importance is the benefit being passed on to the five special youth who regard this as great opening which they could never imagine.Another category of youth this time given recognition and importance belong to the minority community .In the past Jazba Foundation,besides this program, has already been a part of the relief operations in Swat in 2009 and in Pakhtoonkhwa in 2010.In particular in 2010,using donor supported resources and self acquired experience,the effort was huge and JF developed a robust system for collecting donations and organising relief work and donations valuing 22 million rupees which were used to provide thirty four truck loads of food items,medicines,tentage,milk and water to over 16,000 families.Similar effort was made in 2011 too.