Upgradation of PITHM as university:Sindh govt reverses its earlier decision 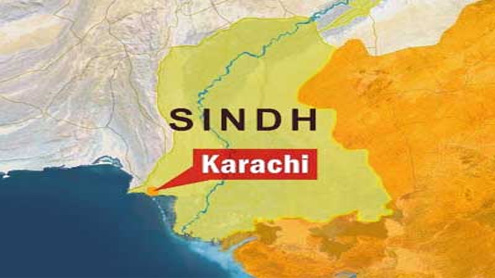 Karachi: Sindh government has reversed its earlier decision to upgrade Pakistan Institute of Tourism & Hotel Management (PITHM) as university and now it will continue to be only an institute, well-placed sources disclosed to PPI.

This decision was taken in a meeting of PITHM’s Board held a few days back with Secretary Tourism Pir Bux Jamali in the chair.Earlier, tourism department had decided to upgrade the PITHM as university with establishment of its four campuses in Hyderabad, Shaheed Benazirabad, Khairpur and Larkana district, sources said.The decision of elevating the institute had been taken while the Law Minister Ayaz Soomro was holding the charge of tourism department and Dilawar Ali Mangi was the secretary of the department, sources said.

A committee was formed in this regard comprising of high level officials of the department which had drafted a bill, the provincial law department had approved draft bill and it was to be tabled in Sindh Assembly for final approval but it could not happen, sources said.The copy of said draft available to this news agency also mentioned that tourism department had proposed the name of PITHM as Zulfikar Ali Bhutto Shaheed Institute of Tourism & Hotel management (ZABITHM).

Sindh government had placed a scheme about the establishment of four campuses of PITHM with total cost of Rs 100 million in Annual Development Program (ADP) 2011-12. Initially, and Rs 10 million had been allocated in this regard, sources said.According to previous planning, tourism department had to recruit more staff for all campuses including the main university building in Karachi. More classrooms had also been constructed on vacated plot near PITHM building, which is also property of institute, sources further told.

Secretary Tourism Pir Bux Jamali was not available for any comments. It is worth mention here that the PITHM has 31 regular employees while some visiting faculties are also part of teaching faculty. The institute has seven spacious classrooms, one training restaurant, kitchen, bakery, a big hall for seminars with sitting arrangements of about 200 people, library, student’s common room and canteen. ppi – Dailytimes