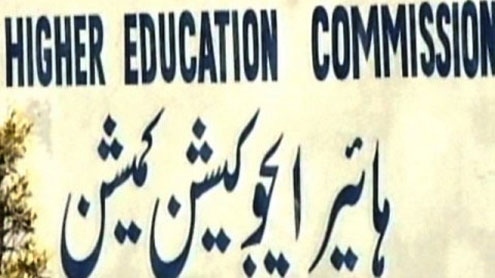 ISLAMABAD: The Ministry of Finance has agreed to release Rs4.6 billion to the Higher Education Commission (HEC) in order to run its scholarship programmes and other projects in the current financial crunch.

The federal government under the 18th amendment intended to devolve HEC but after a hue and cry was raised by the opposition parties, vice chancellors (VCs) of the universities as well as civil society in favour of keeping it in the centre the government was forced to backtrack. The Finance Ministry will release funds subsequent to the short order of the Supreme Court in which it directed the government not to devolve HEC’s responsibilities without bringing in new legislation, an official of HEC revealed. He said that those students who have gone for higher studies abroad through HEC funding are getting the scholarship amount on a regular basis while HEC was facing financial problems in sending the new selected students on merit scholarships abroad.

According to sources, the total allocated budget for HEC for the current fiscal year 2011-12 was Rs40 billion including recurring budget of Rs26 billion and development budget of Rs14 billion; but if the commission completes all its ongoing projects then it would require Rs53.11 billion for the current fiscal year and, according to an estimate, the financial requirement for the commission would be around Rs62.28 billion for 2012-13, Rs70.55 billion for 2013-14 and Rs81.99 billion for 2014-15 while for the financial year 2015-16 the requirement might reach Rs91.38 billion.

According to a recent international human development report released by the United Nationals Development Programme (UNDP), Pakistan’s adult literacy rate in the second half of the last decade was 55 percent, a far cry from the 74.04 percent in neighbouring India while the report ranked Pakistan in terms of adult education at 145 out of 187 countries examined, lower than India, South Africa, Bhutan, Uzbekistan, Kyrgyzstan, Tajikistan, Indonesia, and even Palestine and Iraq. According to a report, roughly one in ten of the world’s primary-age children who are not in school live in Pakistan, placing Pakistan second in the global ranking of out-of-school children.

With approximately 40 per cent of the population under the age of 15, Pakistan faces an education crisis which threatens to have profound human, social and economic consequences. According to Amir Hamza Jilani from the Research School of Economics at the Australian National University “The Pakistan Education Statistics handbook, most recently available for 2007-2008, notes that only 29 million of Pakistan’s 70 million children under the age of 15 are enrolled in school. This means that nearly 41 million kids are out of school, representing 60 per cent of the youth.” – PT