Raising status of teacher must to achieve improvement in standards of education: PM

by Top
in Education
3 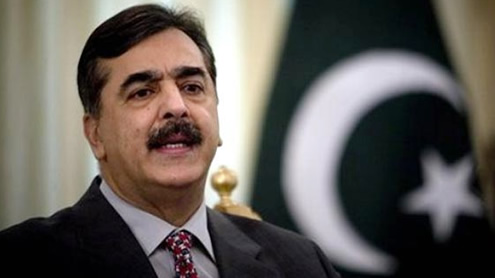 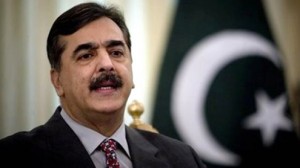 ISLAMABAD: Prime Minister Syed Yusuf Raza Gilani has stressed the need of raising the status of teacher to achieve improvement in the standards of education and sustainable development of state and society in the country.“The present democratic government believes that the standards of education in the country cannot be improved nor can sustainable development of our state and society be achieved unless the status of a teacher is raised,” Gilani said in his message on the occasion of World Teachers Day observed worldwide every year on October 5.

The Prime Minister said it goes to the credit of the present government that it devolved the ministry of education to the federating units under the 18th Constitutional Amendment. “More resources have now been made available to them by doing away with the wastage of resources and duplication of functions. It is now on the provinces to make judicious use of these resources for better working conditions of our teaching community as well as provision of quality education at the grass-roots,” he added. The Prime Minister said, teachers are also at heart of the National Educational Policy 2009, which also envisages improvement in the living standards of teachers through enhancement of perks and privileges and an increase in their salaries.

“It also lays emphasis on teacher training programs to equip them with more professionalism and state of the art teaching techniques to discharge their responsibilities in a befitting manner,” he added. Likewise, the Prime Minister said, the government has also put in place monitoring and evaluation systems and national and provincial education commissions are playing their due role in the provision of services and facilities to the teachers. “The observance of World Teachers Day on October 5 across the world highlights hugely vital role of the teaching community. It also provides an opportunity to pay rich tribute to our teachers for their excellent contributions not only in the lives of individuals but also in the development of societies,” he said.

The Prime Minister further said, “the day also commemorates the anniversary of the signature of the UNESCO/ILO Recommendation Concerning the Status of Teachers.” “The selection of this year’s theme namely “Teachers for Gender Equality” is most appropriate as it underscores the need and importance of encouraging girls to have access to equal educational and job opportunities.” “It goes without saying that no nation can ever reach the height of glory unless it takes its women along in all spheres of life. Education of females and girls forms the solid foundation upon which the edifice of gender equality is raised,” he added. The Prime Minister said, “Parents give birth to a child but it is a teacher who transforms the child into a productive and civilized citizen, a citizen who is aware of his rights and duties and is ever ready to contribute his share in making this world a better place.”

“A teacher is builder of character of his pupils and infuses among them a spirit of creativity, inquisitiveness and critical inquiry. He is beacon of light for his students who always turn to him for help and guidance when the chips are down. He is a source of inspiration and dynamism who shapes the personalities of his students in accordance with the demands of contemporary age,” he added. The Prime Minister in his message also quoted famous Chinese philosopher, Confucius (BC451-BC479) as saying: “If you think in terms of a year, plant a seed; if in terms of ten years, plant trees; if in terms of 100 years, teach the people.” Gilani said, “Our great religion, Islam, gives the distinguished and privileged position to teachers in society. The Holy Prophet (Peace Be Upon Him) said, “I have been sent as a teacher.”

The Prime Minister said, “Islam lays such an emphasis on education and a teacher that the Holy Prophet (Peace Be Upon Him) said: “Acquire  knowledge, it enables its professor to distinguish right from wrong; it lights  the way to heaven. It is our friend in the desert, our company in solitude and companion when friendless. It guides us to happiness, it sustains us in misery, it is an ornament amongst friends and an armour against enemies.”
Gilani said, “On this auspicious day, let us vow to dedicate ourselves for the welfare of our teachers and pay them the respect and tribute they rightfully deserve.” – APP

IMF warns global recession in 2012 ‘can’t be ruled out’