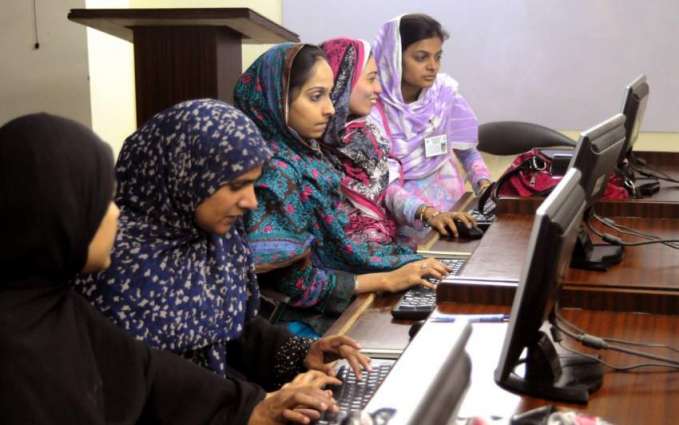 A legal battle over the chairpersonship of the National Commission on the Status of Women (NCSW) has brought all activities of the body set up as a watchdog for gender equity in national laws, among measures to promote women’s rights, to a grinding halt. Following Islamabad High Court’s (IHC) cancellation of her second-term appointment in a petition filed by Quaid-e-Azam University Gender Studies director Farzana Bari, former chairperson Khawar Mumtaz has filed an intra-court appeal. The hearing on March 15 could not be held.

Importantly, the IHC’s decision was based on a minor technical point – pertaining to the procedure followed by the government in selecting Mumtaz for a second term in 2016. Therefore, the court ruled that the procedure ought to be repeated, and Mumtaz could still seek the position as an applicant. The IHC decision misses the fact that the country is proceeding towards a general election in a few months, and it is quite likely that the government’s time in office would not be enough to repeat the selection procedure and make a new appointment. The relevant law on the issue has provision for appointment of an acting chair for a period of a month, as a new chair is selected and appointed. The procedure for this can generally take between six and nine months, but in the case at hand, it may take even longer given that the term of the government and the Parliament ends soon, and a new election will take place in July. While the authorities go over these technical aspects of law, we must not lose sight of the more pressing fact that all activities of the commission will remain suspended during all this time.This is going to jeopardise all the gains made by an institution that deserves utmost importance if Pakistan is really serious about the status of its women citizens.

Another aspect that needs to be stressed is that many of our national institutions have over the years been unable to deliver on their mandates precisely because they lacked institutionalisation. That is, they remained personality centric, and could not evolve into rule-based organisms. Over the years, the NCSW has worked quietly but consistently in pursuit of its mandate. The former chairperson oversaw evolution of rules and procedures, laying the foundations of an institution that could stand on its own two feet. Within a short span of time, the commission has played a crucial role in the passage of several pro-women laws pertaining to domestic violence, reproductive health, marriage, voting rights, etc.Given the prevalence of patriarchal social attitudes, the passage of these laws needs to be backed out by effective implementation mechanisms, like the presence of a fully-functional commission that is ever ready to call out the authorities for even the slightest of omission. The current legal battle must not be allowed to debilitate the commission, preventing it from performing its statutory tasks. The overarching mandate of the commission is much bigger and important than technical issues in the selection of its chairperson.

That mandate needs to be recognised, and the commission’s operations must not be allowed to be affected. Meanwhile, it needs to be underscored that appointments to statutory bodies like the NCSW are the domain of the government, and they ought to be left to the executive to undertake, with parliamentary oversight. Judicial authorities must take up such matters only when there is a clear violation of rights and a case can be made for original jurisdiction under the law. The ongoing legal battle is concerned with a minor aspect of the selection process, and it is about exactly the kind of issues in which the judiciary must not be involved. We hope that the authorities will recognise how important it is to let the NCSW continue its work and make provision for its unhindered operations during the conclusion of the ongoing legal battle. If that requires temporary reinstatement of the former chairperson – until the legal technicalities are resolved – so be it. *