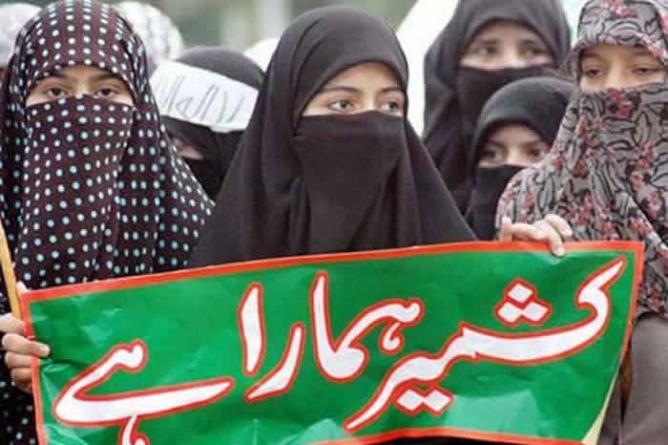 Kashmir day is a public holiday observed by people throughout Pakistan on every 5th February. It is an internationally recognized day.

Its focal point is to show Pakistan’s support and amalgamation with the people of Indian-occupied Kashmir, to indemnify respect to Kashmiri martyrs who lost their lives fighting for Kashmir’s freedom, their unending freedom struggle is creating turbulence between these two nations. Kashmir Day was first observed in 1990 on call of Nawaz Sharif, who was the opposition leader and chief minister of Punjab at the time. Sharif appealed for a nationwide strike to protest against the Indian occupation of Kashmir and called for people to pray for the Kashmiri freedom movement’s success.

The Pakistan People’s Party then declared February 5 as a public holiday and Kashmir Day has since been observed every year without any discontinuity. The day is marked by public processions, special prayers in mosques for the liberation of Kashmir and protests that are carried out against the Indian oppression of Kashmir.

Special cultural programs and festivals are also held to foster Kashmiri culture and tradition.  News and entertainment channels air special programs related to Kashmir, about the oppression and brutalities suffered by Kashmiris over the years. Educational institutions organize debate competitions and dialogue forums where students express their views and ideas for resolving Kashmiri-related issues. A one-minute silence was observed on Sunday at 10am across the Country, as the people observed Kashmir Solidarity Day.

Hundreds of people belonging to different segments of society formed a human chain at the Kohala bridge which links Muzaffarabad with Rawalpindi. Children joined hands to form a symbolic human chain in a message that Pakistanis and Kashmiris are like ‘two hearts that beat as one’. The United Kingdom and United States, are also expected to hold rallies to voice their support for the people of held Kashmir.