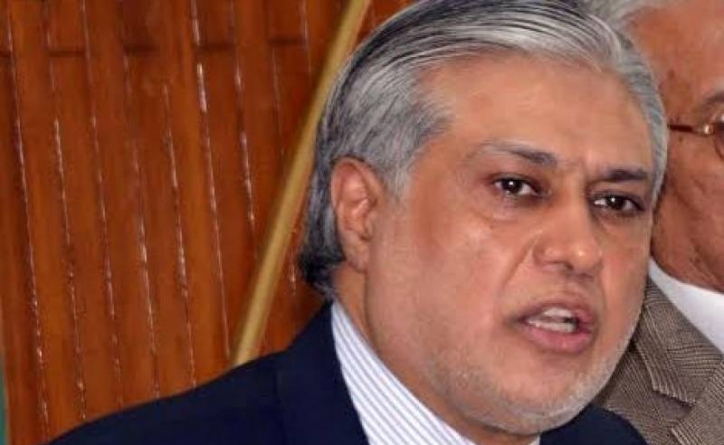 Senator Ishaq Dar, Federal Finance Minister, took over the charge when the economy was its ever LOWER ebb in the history of Pakistan, from the PPP-Led Government, with almost all ECONOMICAL INDICATORS on decline, massive printing of currency notes and left a hefty – Domestic debt Rs.14,440 billion and US $ 60 billion Foreign Debts,

With an economic rating that IMF refused to release the balance two tranches, in spite of hectic efforts by the Financial Teams; more expenditure was incurred on visits/stay abroad  than the actual amount of these tranches. 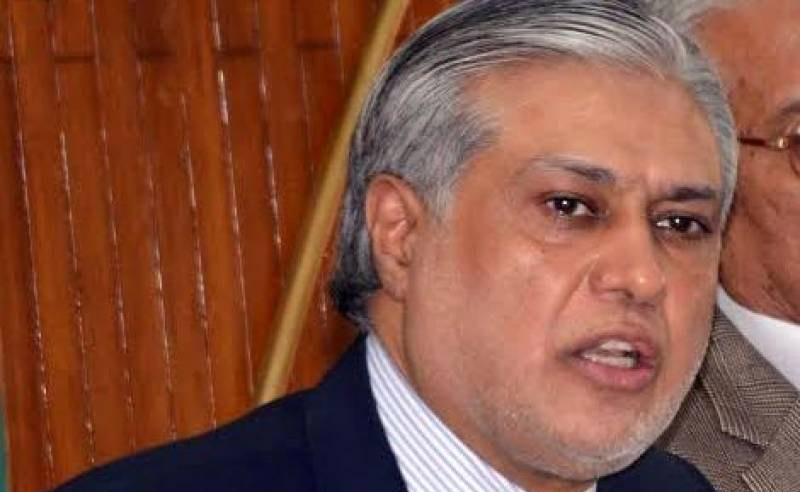 Unprecedented & unscheduled Electricity & Gas load-shedding at peak, bringing out the public for protests and riots in some cases;  with corruption at its peak Obviously the next political parties, who saw all this dilemma for full five years, must have done some home work to stabilize the Economy and control Electricity & Gas unprecedented load-shedding as per their Manifestos The Finance Minister had promised economic stabilization to set the stage for a take off and thus somehow or other he has fulfilled his promises to the Nation. In spite of severe criticism, nick-names and opposition, he had no option but to get loan from IMF with tough conditions, controlled US$ & Rupee parity, increased Foreign Reserves, increase in Tax collection by 17.7% and improvement in all the Economic Indicators, except Poverty & Inflation. Public wanted a trickle down, reduction in cost of living, electricity and gas tariff, I believe 7% mark up  on EURO Bond is on the high side, if compared with International rates. Simply put, lavish expenditure on Festivals & Cultural shows etc. etc. both by Sindh & Punjab Governments will NEVER be a SUSTAINABLE MODEL and such massive leaking in revenue earned could have been better utilized in payment of Electricity & gas bills by the Govt. Institutions to decrease Rs.550 billion for and Circular Debt resurfaced to Rs. 300 billion (fourth times) by PEPCO as the recovery of bills is more vital.

Attached are two advertisements, which I don’t think are in the knowledge of Chief Minister, Punjab. On taking over by this Govt. it was promised to wipe out electricity load-shedding in three/six months and then signing of   MOUs frequently (for 39,000 MW, most of them expired). Public is not so naive now that daily, there is news of signing MOUs; what is the ground reality, is to be seen? I have checked up with National Power Control Centre WAPDA. After payment of Rs.450 bn Circular debt in one go, 1700 MWs were added in the Power System and the generation has increased by 10-12% but the AVERAGE shortfall still stands at 3.600 MW daily in this rather cold weather, what will happen when the summer really sets in?  The APPEAL of  APTMA in daily Jang dt. 15t April. 2014 is heart-rending for anyone particularly for Finance Minister & the ECONOMISTS and the Public, Load-shedding of Eight Hours daily in Electricity supply and 18 hrs. In Gas supply, which has almost closed 159 Factories in Faisalabad, rendering million of workers surplus and increase in cost of production by about Rs.80 billion Per Annum. The apprehension of appreciation in Rupee and decline in $ has a vast financial impact on their stocks; but the Finance Minister hastened to direct State Bank of Pakistan that US $ Dollar is to be kept at Rs.98; but what about supply of electricity & gas to the Textile Industry in Punjab?, The Govt. should take the energy crisis more seriously practically rather than false promises.

An official energy demand forecast indicates that the demand for natural gas, which makes up about 50% of Pakistan’s Energy consumption, would increase by 44% MTOE from the current 27% MTOE.  It is a very challenging and difficult task and if it fails to achieve the targets, all other INDICATORS will go negative leaving behind a disastrous situation. The statement of the Finance Minister, after a meeting on 14th April, 2014, with Chief of Army Staff that he will never compromise  on the spending and increase in Defense Budget 2014-15 is not only encouraging but has reduced the so-call tiff in between ARMY and Govt. Defense spending has long been an important component of Government expenditure in both developed and less developed countries, but recent political and economic developments have affected not only the arms race but also the nature of defense and thus defense spending, on a global level. The need to re-examine traditional attitudes towards defense spending has never been more crucial. Most of the people think and argue that there is no need to increase of Defense Budget, in view of Pakistan being a NUCLEAR POWER and the defense spending should be curtailed and the amount allocated to Health & Education Sectors; but it is not kept in view that no doubt the advent of Nuclear weapons in South Asia, changed the security environment of the whole region; the Balance of Power has been abruptly replaced by ‘Balance of Terrorism’ and a credible Nuclear Deterrence laid strategic stability in the region to a great extent.

India’s declassification of its Cold Start Doctrine in 2004, according to which it will restructure its armed forces for making EIGHT INTEGRATED BATTLE GROUPS, beefed up by the Armour, Infantry & Artillery with close air support/massive fire power and Naval components, to launch multiple shocking swift and lightning strikes inside Pakistan’s territory within 72 hours. So such development created an uncertain atmosphere; but Pakistan was not lagging behind and on 19th April, 2011 successfully tested NASR Short range Ballastice Missile capable to counter any foolish attempt. Similarly all doubts or rumors should put to end that PAKISTAN NUCLEAR COMMAND & CONTROL SYSTEM is very strong and ITS SAFETY has been APPROVED BY IAEA. Defense spending can affect the overall price level via changes in aggregate demand and/or aggregate supply and it contributes to accelerate INFLATION according to traditional Keynesian Macroeconomic Theory, Despite the diversity of considerations, it is reasonable to say that increase in defense spending, the public outlays on education and health sectors and may reduce economic growth  if such growth is not counterbalanced by tax increase, for which Finance Minister is making  prudent efforts to broaden the TAX NET, by bringing in  lacs of people, instead of increase in Taxation as wrongly reported in the MEDIA.

ANY realist would agree that State’s foremost duty is to to guarantee safety to its Citizens. Sadly, for our Govt. this is not the case. All major cities of Pakistan shook & echoed with bomb blasts, killing hundreds in a matter of 48 hours. Where are the responsible People during these gory times? Perhaps busy in forming Committees in case of killing & attacks, to have peace talks with the third hand behind these blasts instead of curbing terrorism. Now with a shady organization called UNITED BALOCHISTAN ARMY (UBA) and the TTP. Our Govt. should divert it attention from petty world records, Festivals & Cultural Shows and pay heed to the safety of its Citizens. Two Chairmen WAPDA have been removed/resigned – one without adding a single MW and the other a few MWs (by completion of 17.4 MW Gomzal Zam (in 54 years) 96 MW Jinnah Hydro-Project, 972 MW Khan Khwar Hydro-Project & 17.3 MW Satpara 17.3 MW with huge delay and over-run cost and unfortunately not with the CLEAN HANDS. Every effort has been made to award contract to a fvt. firm in case of Lot No.3 in case of 106 MW Golen Gol Hydro-project but Kuwait Fund refused to finance it, leaving it to M/o WA&P, NESPAK & WAPDA to explain the award; but of no avail. PML (N) promised to the Public that even a penny will be recovered on account of Corruption. Let us hope what Govt. & NAB do in case of these out-goings.

The new Chairman in his first Press Release has put 4500 MW DIAMER BASHA DAM PROJECT and in addition to studying WAPDA Annual Reports (quite attractive & impressive for the purpose of reading) & briefing on this Project. It may be kept in mind, suppose every factor, Financing, Completion of Civil service works, Power Stations etc. goes SMOOTHLY, it will not take less than 10 to 15 years for its completion/Commissioning.  It is not a new Termonology, Short-term, Medium Term & Long Term; what will happen in the coming Summar, Protest, Riots, and Un-employment in the Private Sector. Repeated stated,  this slogan of ‘THEFT OF ENERGY’ has now lost its impact, when the recoveries of electricity bills have dropped to 67.5% from 98% and Circular Debt re-surfaced to Rs.300 billion (4th time) due to disparity in Energy mix. Getting still 41% from IPPs. The State Minister is now on the right track to suspend PEPCO Staff for Inefficiency & Corruption (just see their villas, Plazas & life style, living TOO MUCH beyond means).Hectic efforts are needed to complete the near completion Hydro-Projects on TOP PRIORITY basis, conversion of existing Thermal Power Station running on imported oil to coal and repair/augmentation of existing Power Plants lying idle or generating much low than their capacity.