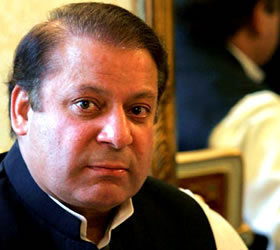 EDITORIAL: From behind political uncertainty and confusion the early contours of an in-house change of government are coming into view. And it is plausible that such a change takes place quite soon, possibly within the next few weeks. As to what those contours tend to depict, it appears that Pir Pagara was almost prophetic when he told the visiting PML (Q) leadership that the next prime minister would be from his party, that is the PML (Functional), and from southern Punjab.

At this stage, if any member of the National Assembly fits that bill, it is Jehangir Tareen – although one should not forget that there are many a slip between the cup and the lip. The fact is that the unanimously elected Prime Minister, , , lost the lustre of that singular achievement rather early in the day; nearly all the rosy promises declared as agenda for his first hundred days were allowed to wither on the vine. He moved back and forth rather quickly between his words and deeds.

However, in those early days of his premiership, some of his non-performance was accepted as condonable, given that in the presence of Article 58-2(b) he was not a free agent for change. But that concession lost its rationality once the 18th Amendment was passed that deleted this controversial article of the constitution and he became an all powerful prime minister.

In fact, it is that all-powerfulness, as contrasted against his monumental failures, particularly in the face of the super-flood that ravaged the country that his removal from the political scene looks so much possible and imminent. Now that he himself has conceded that moves for his replacement are in the making and he would have no problem if these are not unconstitutional, the ‘in-house’ change scenario looks so much real.

Paradoxically, Prime Minister Gilani’s biggest strength lay in the Opposition in the National Assembly, especially in the PML (N), and his morale remained high in the wake of Nawaz Sharif’s consistent support. But that support is no more available, with the PML (N) leadership insisting the time for unqualified support of Gilani government is over – even knowing fully well that Yousuf Raza Gilani was never the ‘captain of the ship’.

Nawaz Sharif is disappointed with Gilani’s apparent powerlessness, which the former thinks is no more justified without realising that the said 18th Amendment also seriously undermines Prime Minister Gilani’s political clout as a member of the PPP, which is headed by President Asif Ali Zardari.

Nawaz Sharif is not ambivalent any more on the issue of supporting the Gilani government, and if to some he was, his close aide and party man Khwaja Asif has removed that ambivalence, by declaring “…we will go for in-house change. It’s a number game in the parliament to bring a no-confidence motion against the prime minister.” With 126 members in the house of 342, Prime Minister Yousuf Raza Gilani is definitely up against a huge challenge. But Jehangir Tareen’s PML (F) too is not in majority; its strength stands at merely five. That said, one cannot however discount the perception that the move for in-house change is more in the spirit of putting in place a ‘national government’, as dictated by the severity of challenges presently confronting Pakistan.

Therefore, one wouldn’t be greatly surprised if the prime minister in the making gets the same kind of support which was given to Gilani. Will the new incumbent’s task be less demanding, one would not readily say yes – for, his assignment would include the challenging task of implementing recent verdicts of the Supreme Court which can, possibly, put him on a collision course with the PPP. Obviously, as the Chinese say, we the people of Pakistan are in for some more ‘interesting times’ – Brecorder