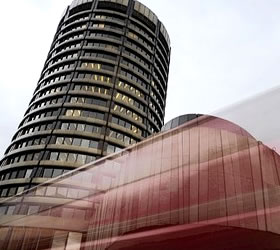 EDITORIAL (September 22 2010): The 27-member countries of the Basel Committee on Banking Supervision sealed a deal on banks’ reserves on 12th September, that could at best be described as a compromise between countries (including the US and Britain) that wanted tougher rules and others (notably Germany) that pressed for less stringency.

The agreement on capital ratios, reached after protracted negotiations, therefore, seemed to be neither hither nor thither and is not likely to make a great deal of difference on the soundness of the global financial system and its credit policies, at least in the short to medium-term.

The long-awaited package, known as Basel III, sets a new key capital ratio of 4.5 percent, more than double the current 2 percent level, plus a new buffer of a further 2.5 percent. Banks, whose capital falls below the buffer zone will face restrictions on paying dividends and discretionary bonuses.

The stipulated increase in ratios was not only less than expected due to tough resistance from certain countries, but the period prescribed for its implementation was too long to have a real impact on the behaviour of banks in the next few years. It was clear that regulators were overawed by certain stakeholders to give nine years to abide by the new rules, far longer than the end-2012 deadline that was suggested last year.

Banks of all sizes would be required to hold more reserves by January 1, 2015 with the “minimum requirement for common equity, the highest form of loss-absorbing capital,” to be raised to 4.5 percent of overall assets from 2.0 percent at the moment. So-called Tier One capital, a wider measure of top-quality capital has been redefined somewhat on a tighter basis and increased from 4 percent to 6 percent over the same period.

By January 1, 2019, banks would be further required to set aside an additional buffer of 2.5 percent to “withstand future periods of stress,” bringing the total of core reserves required to be maintained at 7.0 percent.

Although Basel III agreement was hammered out after taking into account all the relevant issues and unanimously by all the members, yet opposing views have surfaced to cast doubts on the efficacy of the proposed arrangement in realigning the banking system in accordance with the changed ground realities emerging from the global financial crisis.

The package was largely hailed by some regulators and business groups as a vital step that could go a long way towards preventing a repeat of the financial crisis without endangering the nascent economic recovery.

Jean-Claude Trichet, President of the European Central Bank and chairman of the negotiating group said that the deal was “a fundamental strengthening of global capital standards…Their contribution to long-term financial stability and growth will be substantial.” Some of the analysts thought that the suggested reforms would make the banks more resilient to financial shocks and force them to stop offering discretionary bonuses and high dividends in the face of deteriorating capital positions.

So far as implementation of the proposals was concerned, most of the large US and European banks were expected to meet the 7 percent standards without raising substantial new equity, while some public sector German banks could struggle to reach the new threshold.

Those who differ with the proposed reforms contend that the overall package is too mild to make a meaningful difference on the behaviour of banks and, as such, is not a big improvement over the status quo. The new ratios are lower than they could have been and even these have been postponed for a long period. It is argued that if some banks are presently undercapitalised, the relevant stakeholders should not have waited for nearly a decade to fix the problem.

Further, the “risk” could be migrated to the shadow banking system, even under the new arrangement which has always been a problem for the regulators and usually undermined the viability of the banking system. Also, the problem of “moral hazard”, arising from the fact that some major banks are simply too big or too significant to the economy to be allowed to fail has not been addressed. If some major banks were to get into trouble in the future, the negotiators in Basel should have tried to find a way to wind them up, without creating huge market disruptions or dipping into taxpayers’ money.

We feel that the Basel III deal, though not ideal, needs to be viewed against the constraints under which it was negotiated. Tougher capital standards are of course, considered critical for the health of the financial system, but it may be argued that these could have triggered a second economic turndown. In fact, bankers had warned that if the new standards were too harsh, lending could be curtailed, cutting economic growth and costing jobs. Also, the banking community itself was divided on the issue and finally yielded to the concerns of the members having weaker banks in terms of capital adequacy ratios to reach a consensus.

The set of new regulations would now be submitted for ratification at a meeting of a Group of 20 major developed and developing nations in South Korea in November, but there are hardly any chances of a substantial overhaul or revision in the agreed proposals due to the positions already taken by the members.

However, we need to be more rational, rather optimistic, about the whole issue because Basel III is only a part of the solution to keep the banking sector more viable. Hopefully, all the major countries would continue to strive to ensure long-term solvency of their own banks through added efforts in order to avoid the repetition of the global financial crisis witnessed in the recent past. The role of banks and their soundness is too important to be ignored easily – Brecorder