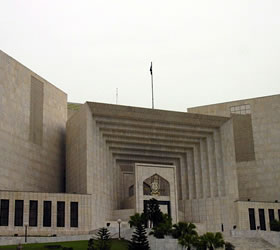 The concept of the social contract was formulated in the 16th and 17th centuries and it goes like this. The people give up sovereignty to a government or other entity in order to receive or maintain social order through the rule of law.

The authority and legitimacy of the state is derived from the consent of the governed – the people agree to be ruled by whoever they have chosen to rule them and the rulers in turn agree to rule within the laws of the state. The argument goes that it is in the interest of a rational individual to give up the freedoms they have in ‘the state of nature’ in exchange for political order and stability.

There is no point in having laws and courts and judges if the state, or individuals and agencies within the state, usurp or ignore them. Either obey the law or have no law at all, nor means of dispensing justice. Without law why bother to have a parliament that formulates legislation? Why go to the trouble and expense of creating an electoral system that forms a parliament which in turn generates the body of law on which the state is founded? This is the crux of the comments made by Chief Justice Iftikhar Chaudhry on Friday when he said that if the government did not implement judicial orders in both letter and spirit then what point was there in having a court and perhaps it were better if they were to be shut down. The CJ is correct, and nothing exposes the failure of the social contract quite like this.

The government ignored a judicial ruling regarding an illegal structure in an Islamabad park and promoted the very man against whom the ruling was made. There have been other instances in which the government flouted the rule of law because it found judicial rulings uncomfortable or inconvenient. The most recent slap on the face of justice tells us that this is a government that has torn up the social contract and in doing so has fractured the relationship between itself and the citizenry in such a way that it has lost legitimacy. The government would do itself a huge favour and this nation some good if it made an effort to redeem itself by trying to show some respect for law and retain some integrity in its dealings.