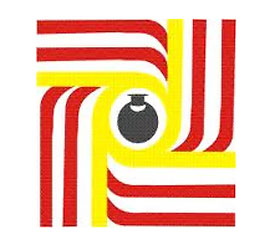 The heavily subsidised Utility Stores Corporation (USC) was initially set up to cater to the demands of the lower middle class and, more than that, the less privileged labouring class supposedly on the no-loss, no-profit basis. Cater it probably did partly in the early years of its existence. However, with the passage of time, the humanitarian factor gradually disappeared and the corporation visibly fell into the hands of money-hungry, time-serving and target-oriented contractors whose only purpose in joining the USC was to insist on their pound of flesh on here-and-now basis. By September 2010, the USC units have clearly started serving the upper middle class. Affluent women come to the stores in cars and without bothering to look at the price tag start collecting family-size tooth paste tubes, two-litre bottles of aerated drinks and large-size toilet soaps. Small packing is nowhere to be seen on USC shelves. Even sugar, which arrived in very short supply only 10 days before Eidul Fitr, is being sold in five-kilo bags and, what is more annoying, the customers are made to pay a total of Rs350 out of which Rs225 are for sugar and Rs125 for additional and unwanted items like washing soap, spices and cooking oil, which are compulsorily handed down to those who queue up for sugar, say, in the Super Market, Hayatabad.

Under these circumstances, the pensioners, widows and daily wagers cannot claim that utility stores are in any way meant for them. In the past, USC management used to acquire packets of spices, chilli powder and salt prepared by the dependable Fauji Foundation but lately these have been replaced by the substandard products supplied either by the USC itself or other registered or unregistered companies. Add to this the rude behaviour of the store-keeper and his helpers and the entire concept of public utility gets evaporated in the air – Statesman