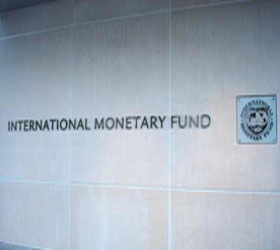 EDITORIAL (September 01 2010): It has been reported in a section of the press that the government is considering seeking a 1.2 billion dollar moratorium for a one year period from the International Monetary Fund (IMF). The rationale for this request is the massive loss of assets, both in the private and the public sector, as well as a significant loss of national economic activity due to the devastating floods that would automatically have implications for the country’s domestic tax/revenue collections.

The objective of a request for a one year moratorium would be to provide a reprieve for the government, for a period of one year, by specifically easing pressure on the country’s foreign exchange reserves. The servicing on foreign debt, as noted in the budgetary documents 2010-11, was estimated at less than one billion dollars – around 903 million dollars to be exact (76,797 million rupees). To put this amount in perspective, it is around as much as the federal and the provincial governments were compelled to set aside on the insistence of the cabinet that the pays of civil servants be raised by 50 percent this year.

Payment of principal due in 2010-11 was estimated at 2.05 billion dollars (174,369 million rupees). These debt figures are doable. Besides, out of the total foreign debt servicing for 2010-11, it is not clear how much is due to the IMF. Our total debt to the IMF, under the Stand-By Arrangement, is around 11.3 billion dollars and given that the programme is scheduled to end in November, (that is if the IMF accepts the government’s rationale for non-compliance with certain conditions, and agrees to defer them till next year and releases the two remaining tranches) seeking a moratorium this year does not make sense.

The story however, is speculative and may not be confirmed by the IMF or indeed by the country’s Finance Minister, even if it is true for two reasons. First and foremost, seeking a moratorium by any country would necessarily imply getting a downgraded Moody’s rating that may inhibit it from going to the global capital market to generate resources. One doubts if the IMF or senior government officials would want that.

And second and equally importantly, this approach is short-sighted at best and reflects the government’s inability to take proactive measures that could still resolve the existing crisis if our domestic resources are used appropriately, however reduced these resources maybe due to the floods. This can be achieved by a focused home-grown strategy.

It is unfortunate that the home-grown strategy formulated by the Experts group of economists, most of whom spent a lifetime working for international financial institutions, proposed measures very similar to those that are termed policy advice, commonly referred to as conditionalities, by the multilaterals as integral components of the loan.

Business Recorder has proposed several measures that need to be taken on an emergent basis that would ease the pressure on our fragile economy. There is a need to massively slash government expenditure, current as well as development. While the government may be unable to slash debt servicing and military expenditure, it must slash its administrative expenses this year. The Cabinet needs to be halved and the austerity drive seen to be driven by a fast Ferrari, rather than by a bullock, abandoning the effort required to pull a cart by the floodwaters.

All development expenditure needs to be diverted to rebuilding and reconstruction activities. The government can and must engage in reconstruction work, without incurring any further loans from any institution or country that seeks to supply money at market rates – Brecorder