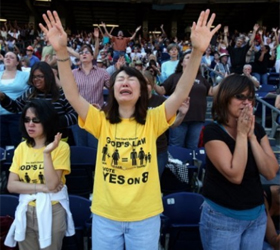 Every natural disaster, indeed every calamity, allows a rare glimpse into the soul of nations. So it was that after the events of 9/11 we saw so much of America that had previously hidden behind beautiful facades of egalitarianism and openness. It was only after the terrorists struck that we saw the racism, the prejudice and the bias that marred the lives of so many. The events of Partition in 1947 too brought out much cruelty, and also courage. The same holds true for wars and earthquakes, and the floods such as we see now. While the demands imposed by the catastrophe have brought displays of compassion and patriotism–they have also brought forth the many flaws of our society. From several places we have heard of non-Muslims being denied assistance solely on the basis of their belief. In other places those belonging to “lower” castes have been denied entry to camp sites. Women on their own and the elderly and children have sometimes been shoved aside, and offered no help at all by other victims. Of course, in many cases this is the outcome of desperation. It is also true that in other places villagers have shared what they could with those fleeing their homes. But we must also accept that there has perhaps been more display of discrimination than would have been expected.
Elsewhere, we have encountered other kinds of exploitation. It is said land-grabbers have tried to use the displaced to occupy land; that attempts have been made to kidnap children. Not all the stories are necessarily true. But some undoubtedly are. We must then consider what kind of people we have evolved into and how we can work to eradicate the most evil traits we see, and nurture those that are good. Much of the brutality we see is a result of ignorance and deprivation inflicted on people by a state that has through the decades done too little to cater to their needs. A more caring state can play a part in ending cycles of violence and challenging the strong who snatch what they can from the weak. It is quite apparent that there is a pressing need to do this, so that we have a society that respects each of its citizens as equals, regardless of their gender, belief or social standing – Thenews