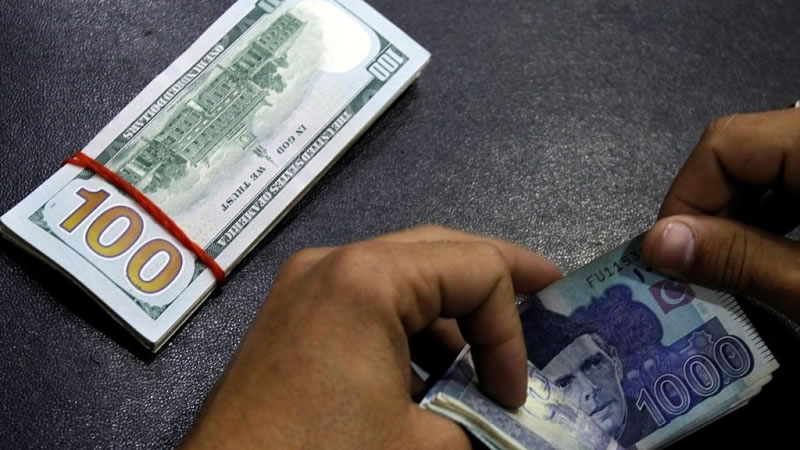 The development may help to tackle high inflation as Pakistan has turned net importer of wheat, sugar and cotton this year to improve supplies. Earlier, a shortfall in the production of agricultural commodities caused a surge in their prices in the country.

“Pakistani rupee entered the list of best-performing currencies in Asia, appreciating by 3.1% against the US dollar since October 1, 2020, thereby securing the position of third best-performing currency in Asia after Indonesian rupiah and South Korean won,” Alpha Beta Core CEO Khurram Schehzad said in a commentary.

“Improvement in rupee-dollar parity reduces pressure on the external debt as well as imported inflation in the country,” the analyst added.

On the other hand, exports should not be hurt in the short run as the country’s export industries, as per reports, are already operating at 100-120% of their capacity, while the Real Effective Exchange Rate (REER) index (measuring competitiveness through relative currency parity) has also room for further improvement.

“Improving currency parity should result in improved ability of the country to service its external debt as well as tackle imported inflation that affects the masses,” he said.

BMA Capital Executive Director Saad Hashmi said the rupee may maintain the uptrend following Joe Biden’s victory in the US presidential election. “Biden aims to improve US relationship with Iran; the development should push down crude oil prices in the international market as Iran is a major oil producer,” he said.

Hashmi said the policy change would directly or indirectly benefit Pakistan as it was a net importer of crude oil and petroleum products. It meets over 70% of energy requirement through imports and the share of energy in total imports stands at around 25% per annum.

He said the rupee had continued to strengthen with higher inflow of dollars into the national economy. “Dollar inflows have remained high on account of receipt of workers’ remittances and export earnings,” he added.

Market talk about textile exporters suggests they are working at full capacity. Their share in total exports of the country stands at 60% per annum.

Experts, however, are wary of anticipating the rupee’s outlook. The future rupee-dollar parity may be impacted by Pfizer’s announcement of a successful Covid-19 vaccine and international oil prices as the world is experiencing the second wave of Covid-19.

Pfizer vaccine may not be commercially available before December while any increase in international oil prices may be a short-term phenomenon with Iran likely to stage a comeback to the oil export market.

Besides, Pakistan is likely to pay back debt worth $2 billion to Saudi Arabia; $1 billion next week and the remaining $1 billion in January 2021.

The development may stand neutral for the rupee considering Pakistan may arrange $2 billion from China and is all set to launch Eurobond and Sukuk worth $2 billion in February 2021, it has been learnt.