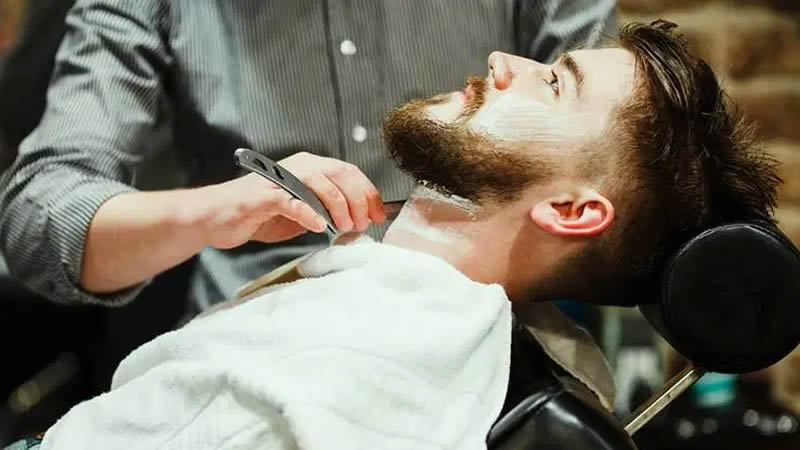 Barbers opened their salons on Wednesday as the government announced relaxation in lockdown for some business sectors in the designated work hours.

However, the notification issued by the Punjab Primary and Secondary Healthcare Department on Wednesday excludes barbers from the category of businesses allowed to function till April 25.

Most barbers violated the government’s instructions and opened their saloons despite the ban. Reportedly, media reports aired on Tuesday that claimed that barbers were allowed to operate caused confusion among them.

A salon owner in Township area, Sarwar, said while speaking to The Express Tribune that he relies on media reports, as they do not get notified from the government directly. “The media had announced on Tuesday night that barbers have been given permission to open their businesses too, so we opened our salon.”

Another barber, Daniyal, who owns a shop in Shahdara, was surprised to know that they were not allowed to function as per government’s recent notification.

When asked if the police raided the area to close the shops, he said, “No one from the administration or police came to shut down our salon.”

In Lahore, the salons were open in Wapda Town, Iqbal Town, Township, Defense, Daroghawala, Salamatpura, Shahdara, Mughalpura, Ichra, Mozang, Kasur, Ghazi Road, Model Town, Dharampura, Santnagar, Chuburgi and several other areas of the city. It was observed that several grooming shops were crowded with customers waiting for their turn. However, in some areas, the number of customers was pretty low owing to the fear of the pandemic.

A barber told The Express Tribune that his regular clients started calling him on Tuesday evening to reserve their slot.

He said people called him and asked him to open his salon early in the morning on Wednesday.

The confusion was not limited to the provincial capital. Salons were found open in Okara, Faisalabad, Jaranwala, Nankana, Gujranwala, Sheikhupura, Multan and other cities of the province.

Barbers were not the only section perplexed by the lockdown specifics. Tailors too seemed confused and anxious over the decision of the government whereby only tailors were granted permission to open their shops and the cloth markets were notified to remain shut.

A famous tailor, Master Attique, told The Express Tribune that he opened his shop but no client approached him for stitching clothes. “What will people bring to us to stitch when the fabric shops are closed?” he asked.

A tailor said he received phone calls of his customers who asked him to stitch clothes. “These people had bought clothes online as the conventional market places are all closed.”

The shop owner also said the expenses were unbearable as the flow of customers is low, therefore he has asked his clients to allow him to stitch clothes at their residence to save on cost.

PM Imran Urges People to stay Home ‘as much as Possible

PM Imran Urges People to stay Home 'as much as Possible