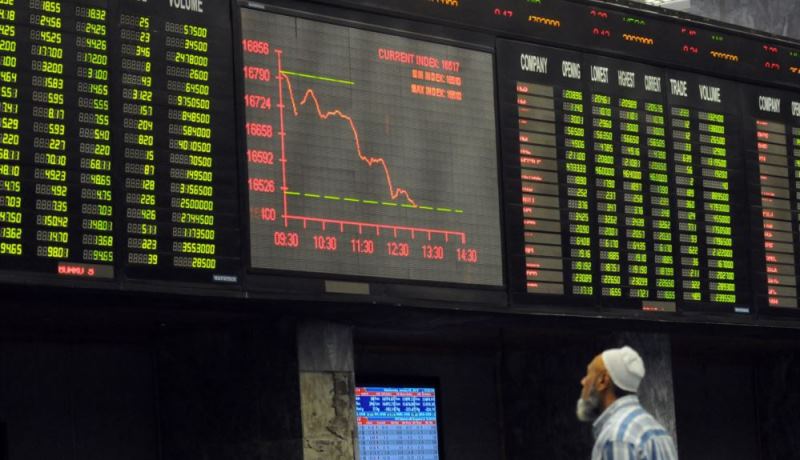 Amid reports that investors have restored confidence in Pakistan’s stock market, the KSE-100 index propelled by massive 836 points and stormed past the 40,000-level. The benchmark KSE 100-share Index rose to 40,124 points.

In a tweet, the premier’s aide stated that the 14.9 per cent gain of the KSE-100 Index in November was the highest one-month return over the past six years.

His comments came after the Pakistan Stock Exchange had a phenomenal rally in the outgoing week despite political uncertainty that jolted investors briefly.

According to updates till Friday, the benchmark KSE-100 index managed to sustain its winning streak for the fifth successive week as it advanced 1,362 points or 3.59 per cent and crossed the 39,000 mark after eight months. It closed the week at 39,288 points.

Earlier, State Bank of Pakistan Governor Reza Baqir had hinted at maintaining the status quo in the monetary policy, which provided much-needed clarity and helped the bourse trade in the green zone.

In the monetary policy announcement, the State Bank of Pakistan (SBP) has kept the interest rate unchanged at 13.25pc.

Foreign investment in government backed treasury bills was recorded at almost USD 800 million since the beginning of FY20, attributable to waning concerns on the economic front has effectively supported the slight growth in FX reserves of the SBP and consequentially, kept the exchange rate parity stable.

The state bank had said market sentiment has begun to gradually improve on the back of sustained improvements in the current account and continued fiscal prudence.

It had said that the current account balance recorded a surplus in October 2019 after a gap of four years, a clear indication of receding pressures on the country’s external accounts together with the end of deficit monetisation has qualitatively improved the inflation outlook.

It had outlined that recent economic data suggest that economic activity is strengthening in export oriented and import competing sectors while inward oriented sectors continue to experience a slowdown in activity.

The external sector continued to show steady improvement, reflecting the benefits of recent policy adjustments and other factors. In the first four months of the current fiscal year, the current account deficit contracted by 73.5 percent to 1.5 billion dollars.

This improvement reflected a notable reduction in imports, a modest growth in exports and steady workers’ remittances.