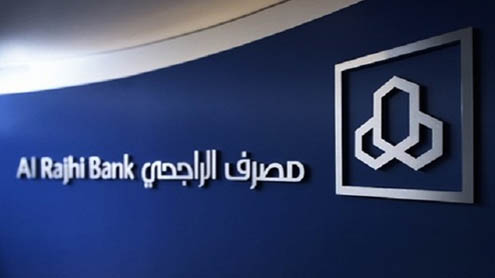 The Kingdom’s index slipped 0.2 percent, trapped in a 142-point range for the last four weeks, as investors continued to shun blue chips.Most index heavyweights — petrochemical and banking shares — reported modest growth in earnings for the fourth quarter of 2012, disappointing investors.“The market is lagging in direct response to the company results,” said Hesham Tuffaha, a Riyadh-based fund manager.“Investors are not seeing a real catalyst in blue chips, which dominate the market. There is no more double-digit growth.”

Banks and petrochemical shares account for about 60 percent of market capitalization. Investors are also concerned over whether recent gains on global markets will be sustained.Banks and petrochemical stocks weighed on the Saudi market, with bellwether Al Rajhi Bank slipping 0.4 percent.Small- and mid-cap stocks are drawing much of the flow of funds, with some companies believed to be in strong growth phases. Companies such as Jarir Marketing and retailer Fawaz AbdulAziz Alhokair are among the favorite picks, Tuffaha said. But Jarir slipped 0.5 percent on profit-taking on Monday and Alhokair was flat.

Elsewhere, banks led declines on Dubai’s bourse as it slipped for a third straight session. Investors have been buying UAE equities in recent months as a tentative recovery in property prices improved the earnings outlook for 2013.“Although sentiment might be improving, we expect the wave of profit-taking to continue following the double-digit returns of UAE shares so far in 2013,” Al-Masah Capital said in a note.“We favor, at the moment, a larger allocation to the Saudi market.”

Dubai’s index declined 0.5 percent, trimming 2013 gains to 16 percent. Emirates NBD, Dubai’s largest lender, fell 1.8 percent while Emaar Properties eased 0.2 percent.Abu Dhabi’s measure ticked up 0.07 percent to a fresh 39-month high. Property stocks were the leading gainers; Aldar Properties and Sorouh Real Estate, which are in the process of merging, rose 4.8 and 6.3 percent. Small-cap Eshraq Properties jumped 9.1 percent. The three stocks were the most traded on the exchange.In Egypt, the measure eased 0.08 percent. EFG-Hermes fell 2.4 percent and Orascom Telecom Media and Technology shed 3.1 percent.In Qatar, the benchmark climbed 0.2 percent to 8,795 points, up for the first session in three since it reached a 10-month high last week. It faces major technical resistance at 8,844-8,910 points, where it formed three peaks between April 2011 and April 2012. – ArabNews