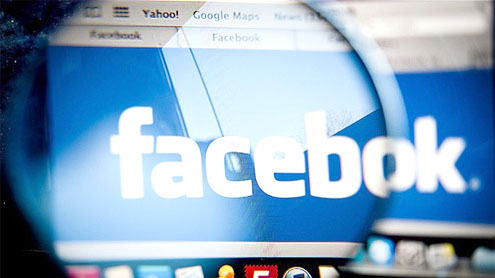 Facebook has priced its shares ahead of one of the most eagerly-anticipated share flotations in recent stock market history.

The social network said on Thursday that it valued shares at $38 (£24) each, and that its shares would begin trading in New York on Friday.At this price the eight-year-old firm would be worth $104bn (£66bn).Demand is set to be high; earlier this week Facebook said it would be selling 25% more shares than planned.But questions remain about the firm’s ability to generate profits and take advantage of mobile phone platforms.

There are also concerns that once the company has to answer to shareholders, there may be a greater emphasis on advertising to generate profits.Earlier this week, the company indicated the price would be between $34-$38 a share, with about 421 million shares up for sale.This would represent one of the highest value share sales, or initial public offerings (IPOs) in US history.By selling shares at that value, Facebook raised $16bn for itself.However, the new shareholders will not have much of a say in how the company is run.

The shares on offer are A shares, which carry one vote per share, whereas the current owners’ shares are B shares, which carry 10 votes each.They will control more than 96% of the votes after the public listing, with founder Mark Zuckerberg holding just under 56% of the voting power of the company.Mr Zuckerberg, who owns about 25% of the company, stands to gain the most from taking Facebook public. Fellow founders Dustin Moskovitz and Eduardo Saverin will also become paper-billionares overnight, as will Napster founder and former employee Sean Parker.

US venture capital firm Accel Partners and Russian internet investment group Digital Sky Technologies also hold significant stakes in Facebook, while Microsoft and U2 frontman Bono also stand to make a huge profit on their investment in the company.Revenue growth.The social networking site has transformed the way in which hundreds of millions of people around the world communicate. It is also transforming the way companies advertise to existing and potential customers.But Facebook’s 900 million users helped the company generate just $1bn in profit last year, and there are concerns about its ability to grow profits in the future.

For while it holds a depth of personal information advertisers dream about, Facebook only generates about $5 a year per user.This has led a number of commentators to question the company’s valuation.”Facebook will need to generate annual revenue of $30bn-$40bn in order to justify the likely valuation of the business,” said Victor Basta at Magister Advisors.”This is a tenfold increase over the revenues that it currently generates. The question is ‘where from?'”.The potential revenue from online advertising is huge.

“We know our industry is $1tn worldwide,” Martin Sorrell, chief executive of advertising giant WPP, told the BBC.”We know internet advertising is currently 20% roughly [of the total]. We know people are spending almost a third of their time online in one way or another, so there’s a vast opportunity for Facebook.”Generating greater revenues from this potential market is the first key challenge facing the company, both in terms of its own business model and in the face of strong competition from the likes of Amazon, Apple and Google.

“We’re telling our investors to hold off,” Oliver Pursche, president of Gary Goldberg Financial Services, told the BBC.”Number one, we don’t know what the guts and the balance sheet of the company looks like yet so that’s a big red flag for us. We want to understand the business before we tell people to invest.”Facebook has identified mobile devices, phones and tablet computers as key areas for revenue growth, but observers say this will not be easy.”[Facebook is] the holy grail for advertisers. It holds the minutiae of everybody’s lives, the perfect concoction of information – age, sex and what you like,” technology analyst Ernest Doku told the BBC.

“[But] so many people are engaged for so long, it’s very difficult to lure them away to what you’re trying to sell them.The second big challenge is not alienating users while trying to maximise revenue.”[The company] is balancing on a knife edge between servicing its users and pleasing its investors,” Mr Doku said.”It has been able put the user experience first and foremost, but now investors are going to want [a return].”