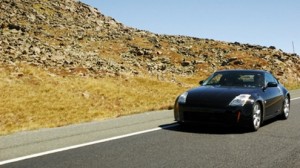 Researchers have developed a car paint that smoothens any scratches or chips when placed under ultra violet light. The substance works because under a powerful lamp the paint becomes temporarily “unglued” and flows into any blemishes.

Scientists believe the re-healable materials like theirs could also be used in varnishes for floors and furniture, the journal Nature reports. Researchers at Case Western Reserve University in Cleveland, US, said unlike normal polymers comprising long molecules, the new substance was made up of smaller particles held together by “molecular glue”.

The result is the new materials – which the scientists call “metallo-supramolecular polymers” – behave in many ways like normal polymers, according to the Telegraph. However, when irradiated with intense UV light, the assembled structures are temporarily unglued. This transforms the originally solid material into a liquid that flows easily.

When the light is switched off, the material reassembles and solidifies again – the original properties are restored. Using lamps such as those dentists use to cure fillings, the researchers repaired scratches in their polymers. Wherever they waved the light beam, the scratches filled up and disappeared, much like a cut that heals and leaves no trace on skin.

Mark Burnworth, a graduate student at Case Western Reserve University, said: “We can simply use heat to heal these materials -KhaleejTimes