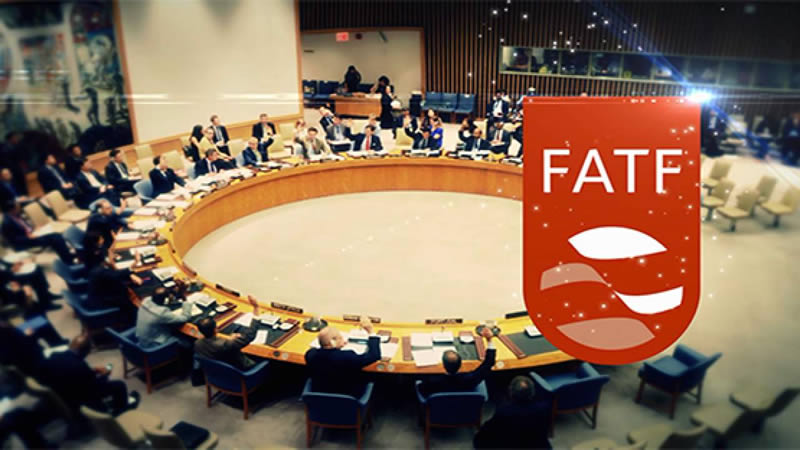 Despite strong “Indian lobby”, Pakistan hopes that a watchdog for global money-laundering will not make a “politically motivated” decision at the next meeting later this month and remove the country’s name from the Financial Action Task Force (FATF) grey list.

Pakistan’s anxious eye is on the four-day virtual meeting of the FATF – a Paris-based global money-laundering watchdog – starting on February 22, which is expected to decide whether or not to remove Islamabad from its grey list.

The country has been on the FATF radar since June 2018, when it was placed on its grey list for terrorist financing and money laundering risks after an assessment of the country’s financial system and security mechanism. Since then, Pakistan has been escaping the watchdog’s financial crime blacklist with the support of Turkey, China, and Malaysia.

In October last year, the 36-nation watchdog said that Pakistan has “successfully complied with 21 out of 27 points of the action plan but decided to keep the country on its grey list until February 2021”.

“It’s not that Pakistan is not trying hard to get out of the grey list, but the lobbying against the country by India is very strong,” a Pakistani representative in the FATF said.

Speaking to Anadolu Agency on the condition of anonymity as he was not authorised to talk to the media, the official also pointed out a recent report by the EU DisinfoLab about a vast network of hundreds of “fake media” outlets serving “Indian interests”.

After disclosing the EU DisinfoLab report on Indian Chronicles, he said that New Delhi has played its role in pressuring the FATF member states to ensure that Pakistan stayed on the grey list.

The Brussels-based EU DisinfoLab has uncovered a network of 265 coordinated fake local media outlets in 65 countries “serving Indian interests” and “undermining Pakistan”, as well as multiple dubious think-tanks and NGOs.

“If the watchdog still keeps Pakistan in the grey list in this review, we will surely get out in the next review expected to take place in the middle of this year,” he said.

However, last week Foreign Minister Shah Mahmood Qureshi told the Senate in a positive tone that he was expecting a decision “in favour of Pakistan”.

Qureshi said Pakistan had made “substantial progress” on the remaining six points.

In September, parliament amended 14 laws relating to its legal system to comply with the FATF requirements while already satisfying the watchdog on 13 other points.

On Jan 28, the State Bank of Pakistan (SBP) also amended some anti-money laundering provisions, combating the Financing of Terrorism and Countering Proliferation Financing regulations in line with the watchdog recommendations.

“Pakistan has taken such steps of arresting and convicting the proscribed terrorists and organisations in the past also, but the authorities have to take more constructive and practical steps for the trials of 78 banned individuals and organisations,” said James Schwemlein, a Washington-based expert on South Asian economy at the Carnegie Endowment for International Peace.

He referred to recent judicial and legal actions against several top terror suspects taken by the government.

However, he was not positive. “For now, it seems difficult for Pakistan to get out of the grey list,” he told Anadolu Agency in a telephone interview.

If Pakistan failed, it might face difficulties convincing international lenders and investors, warned Hasaan Khawar, an expert on international development and public policy.

“The actions of FATF can even affect our loan programmes with the IMF. Due to a pandemic, our economy is already at a point where any sanctions will scare away potential investors. …that’s why Pakistan has to drag itself out of this list,” he added.

“The FATF is a very technical organisation and if Pakistan will be successful in convincing the team on the facts on groundwork which they have done to curb terrorism and terrorist financing this will eventually be favourable for people of Pakistan and will end their prolonged sufferings at the hands of these terrorists,” Schwemlein said.

Kashmir is on the brink of genocide, warns American scholar