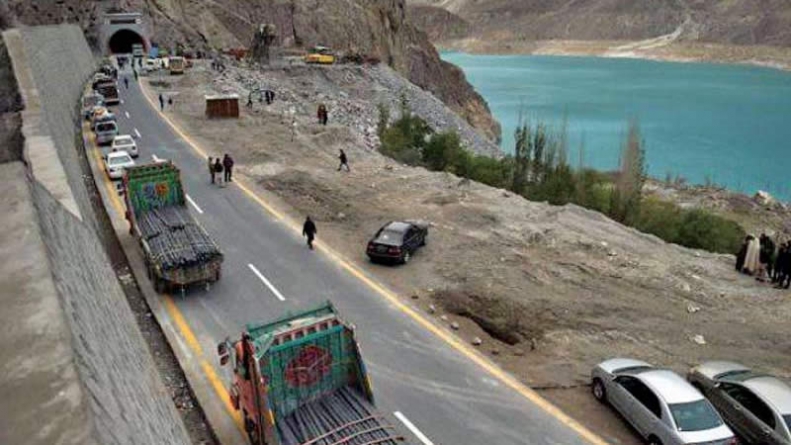 Pakistan and China may sign a framework agreement for the construction of a western route road project during the upcoming Joint Cooperation Committee (JCC) meeting but chances of finalising a financing agreement for the $6.8 billion Mainline-I (ML-I) project remain low.

Federal Minister for Planning and Development Asad Umar on Thursday reviewed the preparatory work before the 10th meeting of JCC – the highest bilateral decision-making body of the China-Pakistan Economic Corridor (CPEC), according to an official statement.

JCC meeting, which was earlier scheduled for the end of current month, may now take place by mid-November. Some of the joint working groups (JWGs) – bilateral forums that refine proposed projects for JCC – could not meet on schedule, which delayed the JCC meeting for a couple of weeks.

“Under the JWG on Transport and Infrastructure, Asad Umar agreed in the meeting to take up DI Khan-Zhob highway project with the Chinese side for funding in the meeting of the respective JWG,” said the Ministry of Planning and Development.

China has agreed to finance the project and a framework agreement for the 210km DI Khan-Zhob project worth at least Rs76 billion can be signed during the upcoming JCC meeting, according to government officials.

The 210km-long route lies on the western route of CPEC and has been declared as the highest priority scheme in both the 8th JCC and 9th JCC meetings. Other deliverables for the 10th JCC could be groundbreaking ceremony of the Rashakai Special Economic Zone (SEZ) and some progress on realignment of the Karakoram Highway-II project could also be shown.

However, financing agreement for the $6.8 billion strategically important ML-I project of CPEC may not be finalised during the upcoming JCC meeting. Both Pakistan and China attach high priority to the ML-I project, which will be constructed by taking a Chinese loan equivalent to 85-90% of the total cost, depending on China’s willingness.

Pakistan had shared a tentative financing term sheet for the ML-I project with China in April this year and requested the loan at the lowest rate of 1%, according to sources. Chinese authorities have shown reluctance to provide the loan at this rate and final decision may be taken at the highest political level in China.

China had earlier given concessionary loans in the range of 2.1% to 2.3%. Pakistan also sought $6.2 billion in Chinese loans while China had indicated giving about $5.5 billion for the project, said the sources.

However, there was a possibility that Pakistan may announce tenders for the construction of ML-I project to show some progress on the mega scheme. Conveners of JWGs and their representatives briefed the federal minister on the agenda and proposed deliverables for the 10th JCC. The minister expressed satisfaction over the preparation and suggested deliverables for the JCC, according to the ministry. Asad Umar also agreed that new projects would be considered in the next JCC meeting after approval of PC-Is including the Swat Express Way Phase-II and Peshawar-DI Khan Motorway.

Greater Peshawar Mass Transit project was also discussed and it was decided that the project would be taken up with the Chinese side after the completion of feasibility study.

As per the understanding reached in the 9th JCC meeting, these projects had to be ready for framework agreement this year but the government of Khyber-Pakhtunkhwa could not complete preparatory work, according to officials.

These projects still remain at the first stage of technical preparation and feasibility studies and are falling behind the agreed schedule. After approval of their PC-Is, these projects can be presented for inter-governmental framework agreements, which will pave the way for the selection of Chinese companies and signing of commercial contracts.

Discussing progress on industrial cooperation under CPEC, Asad Umar stressed the need for immediate actions to encourage Chinese investors to invest in SEZs. He emphasised the need for enhancing business-to-business linkages between China and Pakistan, facilitating increased investment from Chinese enterprises, enhancing industrial competitiveness of businesses in Pakistan through technology transfer, world-class managerial and industrial practices and skills transfer.

Umar directed the Ministry of National Food Security and Research to select need-based specific agricultural projects for taking up with the Chinese counterparts and the foot and mouth disease-free zone for Balochistan should also be part of the upcoming JCC huddle.

Umar would convene follow-up meetings on industrial cooperation, agriculture, Gwadar and socio-economic development in the coming week to further refine the deliverables for the 10th JCC.