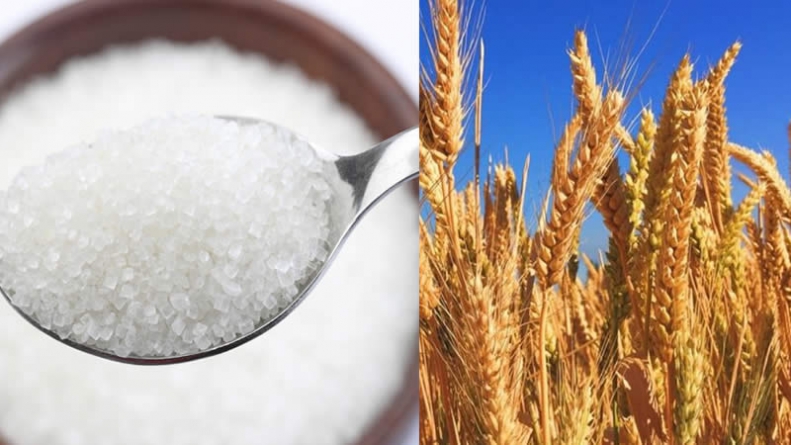 Despite importing sugar and wheat, prices of the routinely consumed commodities are not falling in Pakistan, presenting another challenge to the government, which has been struggling to control inflation.

Wheat was priced at around Rs660 per 10kg bag while whole grain wheat was available at Rs730 per 10 kg. Sugar was priced between Rs90 and Rs100 per kg in different places. The government had fixed an import quota for the private sector to import 200,000 tons of sugar and later, keeping in view the dismal situation, it added an extra 100,000 tons to the quota.

“The private sector may not be able to import 300,000 tons but it will definitely bring around 215,000 tons of sugar from abroad,” said Cereal Association of Pakistan (CAP) Chairman Muzammil Chappal. Besides, government-owned Trading Corporation of Pakistan (TCP) is also importing around 100,000 tons, he told The Express Tribune.

“Prices of sugar have reached Rs95 per kg from Rs80 a few days ago,” he said. “After import consignment is received, the price of small-grain sugar is expected to contact to Rs85 per kg while thick grain will be sold at Rs89,” he said. Had the government not allowed import of sugar by the private sector, the crisis could have worsened, the association chairman said.

Import of the commodity failed to yield desired results because of a rise in international prices of sugar, he pointed out. When importers approached the international market for wheat, prices had risen to $280 per ton from $219 earlier, he said.

The private sector booked 22 ships of wheat, out of which only seven ships had docked in Pakistan and the remaining shipments were on their way to the country, he said.

In fact, one of the ships docked on Saturday and seven might reach in the ongoing month. The rest will arrive in November. He stressed that the government took a timely decision due to which importers placed orders in the international market. “Had we been unable to make these arrangements, flour price could have skyrocketed to Rs115,” he said.

This year, Pakistan was facing wheat shortage of 4 million tons and import of the commodity had mitigated the crisis to some extent, he underlined. “Shops in residential areas are selling the sweetener at Rs100 per kg,” said Soban Khan, a regular buyer of sugar.

Due to import, the price of sugar has stabilised in the market but prices have not decreased as the consumers had expected. “Federal and provincial governments are involved in the matter of wheat and sugar more than other commodities,” said Karachi Wholesalers Grocers Association (KWGA) Chairman Anis Majeed.

He added that all authorities were not on the same page, which created a crisis such as this.