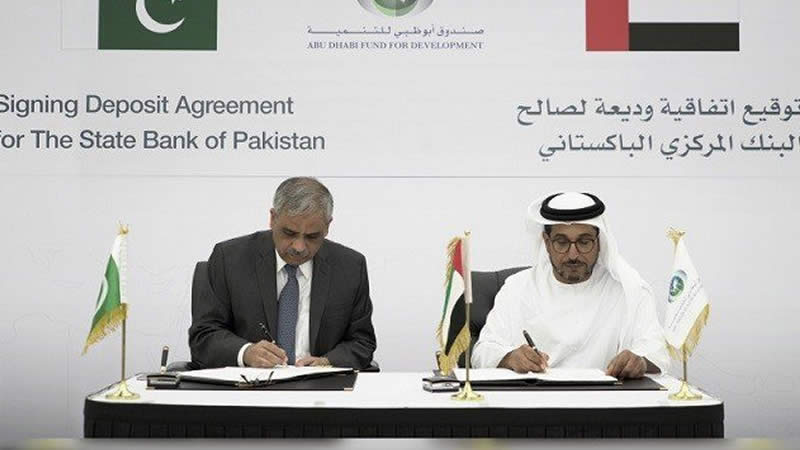 Pakistan on Wednesday signed an agreement with the UAE to combat money laundering and terror financing.

Under the memorandum of understanding (MoU), Pakistan’s Financial Monitoring Unit and the UAE’s Financial Intelligence Unit (FIU) would enhance cooperation by exchanging information.

The MoU was signed by Pakistani Ambassador to the UAE Ghulam Dastagir and Ali Faisal Ba’Alawi, the acting chief of the UAE’s FIU.

Speaking on the development, Dastagir said the sharing of data between the two countries would help them curb money laundering and other financial crimes.

“The signing the MoU reflects the strong commitment of the Pakistani government to enhance cooperation with the international community to combat money laundering and terrorism financing,” he added.

Ba’Alawi described the agreement as a reflection of “the strong and deep relations between the UAE and Pakistan”.

He said the MoU with Pakistan’s Financial Monitoring Unit was in line with the interest of the UAE in contributing effectively to the international community’s common goal to exchange financial information related to money laundering and terrorism financing crimes.

The Financial Action Task Force (FATF) – a global body that develops policies to curb money laundering and terror financing – put Pakistan on its grey list in June last year. Pakistan has to meet its 27-point action plan to escape getting blacklisted as a non-compliant nation.

The global body’s joint group is expected to meet this month to review Pakistan’s case before it is placed in front of the FATF plenary, which is likely to take place in October.

Pakistan won a three-month further extension to complete its 27-point action plan because of the coronavirus pandemic. The extended deadline was June this year but the FATF moved it forward due to the postponement of the FATF plenary.

The PTI-led federal government has started consultation with the two major opposition parties of the country over a couple of crucial FATF-related bills that failed to sail through the Senate last month.

The upper house of the parliament, where the opposition enjoys majority, rejected on August 25 the Anti-Money Laundering (Second Amendment) Bill and the Islamabad Capital Territory (ICT) Waqf Properties Bill that were passed by the National Assembly.

After rejection of the bills, which the government claims are necessary to come out of the FATF grey list, the Ministry of Parliamentary Affairs decided to suggest summoning a joint session.

However, the government is not likely to get the parliament’s nod even at a joint session and the government has started secret talks with opposition parties to win their support.

A key amendment proposed in the existing law is to declare money laundering a cognisable offence, which means that the investigation officers can arrest people without warrants and explanation.