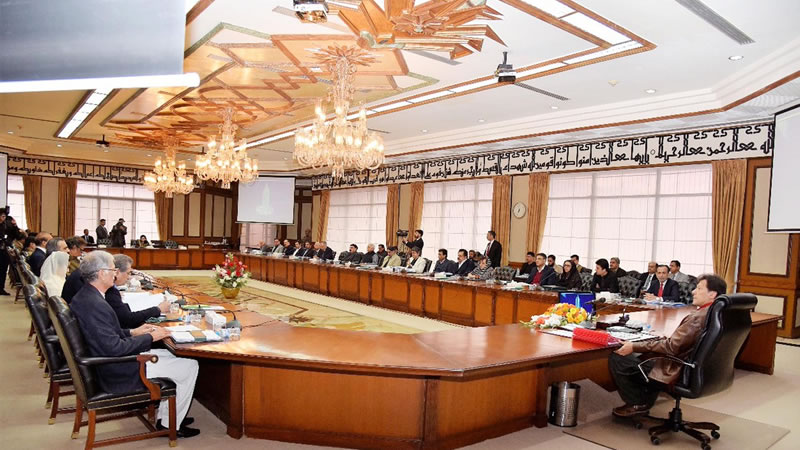 A new report by the United States has said that Pakistan’s budget lacked minimum fiscal transparency and it also did not adequately disclose all debt information amid a sharp surge in government’s contingent liabilities in outgoing fiscal year.

The contingent liabilities, excluding commodity operations, amounted to Rs1.89 trillion by end March this year –up from Rs1.555 trillion in June last year, according to new budget books. There was an increase of 21.5% or Rs335 billion in liabilities in just nine months due to increasing losses by the PSEs.

“The government did not adequately disclose all government and the government-guaranteed debt obligations, including financing to state-owned enterprises for China-Pakistan Economic Corridor projects,” the report said. Afghanistan, India and even Nepal met the minimum fiscal transparency requirements, according to the report.

The report has been released last week and it assessed those countries which did not meet the minimum fiscal transparency requirements and indicated whether those governments made significant progress toward meeting the requirements during the review period of January 1-December 31, 2019.

“The US State Department report is not about new budget for fiscal year 2020-21,” said Mohsin Chandna, the spokesman for the ministry of finance. He argued that Pakistan was transparent in its fiscal matters.

Chandna added that Pakistan was not the only country that, according to the US, did not make significant progress, as there were 65 other countries, including Bangladesh and Egypt.

However, parliament has already raised questions about transparency in the fiscal year 2020-21 budget after the ministry of finance printed a shorter version of the budget.

The Senate standing committee on finance had already directed the ministry to upload the original and detailed version of the budget document on its website. The Finance Ministry has not yet implemented the committee decision.

According to the State Department: “Pakistan not only lacked the transparency but it also did not make ‘significant progress’ towards meeting those requirements.” The department concluded saying that of the 141 governments evaluated, 76 met minimum requirements of fiscal transparency.

The minimum requirements of fiscal transparency, include having key budget documents that are publicly available, substantially complete, and generally reliable. The US report stated that during January-December 2019, the PTI government made its executive budget proposal, enacted budget, and end-of-year report widely and easily accessible to the general public, including online.

It said that publicly available budget documents provided a substantially complete picture of most of the government’s planned expenditures and revenue streams, including natural resource revenues. The information in the budget was considered generally reliable and subject to audit by Pakistan’s supreme audit institution.

While audit reports are made publicly available within a reasonable period of time, the reports did not provide substantive findings, recommendations, or narratives on the completeness or correctness of government accounts, according to the State Department.

The criteria and procedures by which the national government awards contracts or licences for natural resource extraction were specified in law, regulation, and other public documents. The government appeared to follow applicable laws and regulations in practice. Basic information on natural resource extraction awards was publicly available, it added.

The State Department has recommended that in order to improve fiscal transparency, Pakistan needs to “making complete and timely information on government and government-guaranteed debt obligations publicly available and subjecting the intelligence agencies’ budgets to parliamentary or other civilian oversight”.

It has also recommended that there should be substantive findings and recommendations in the supreme audit institution’s audit report on the government’s annual financial statements.

Under the IMF programme, parliament enacted Public Finance Management Act in June last year to improve fiscal management and ensure transparency. In order to fulfil the requirements of the new law, the government has published the details of contingent liabilities in the budget.

Out of Rs1.89 trillion, the value of the domestic sovereign guarantees amounted to Rs1.4 trillion and foreign currency guarantees stood at Rs478 billion, according to the report.

The government has extended Rs1.113 trillion guarantees in favour of the loss-making power sector, Rs199 billion for Pakistan International Airlines and Rs421 billion given to “others”. It has not specified the others category. The oil and gas sector has been provided Rs40 billion of guarantees, Rs66 billion to the financial sector and Rs50 billion to the manufacturing sector.

Figure of stock of outstanding government guarantees has increased by Rs 335 billion during FY20, said Chandna, He said that out of this increase, Rs15 billion is due to additional guarantees issued during the year. The remaining increase is due to revision in figures of old stock of guarantees already issued in previous years, Chandna added.

Punjab Police use stun Guns with Impunity against SOP Violators