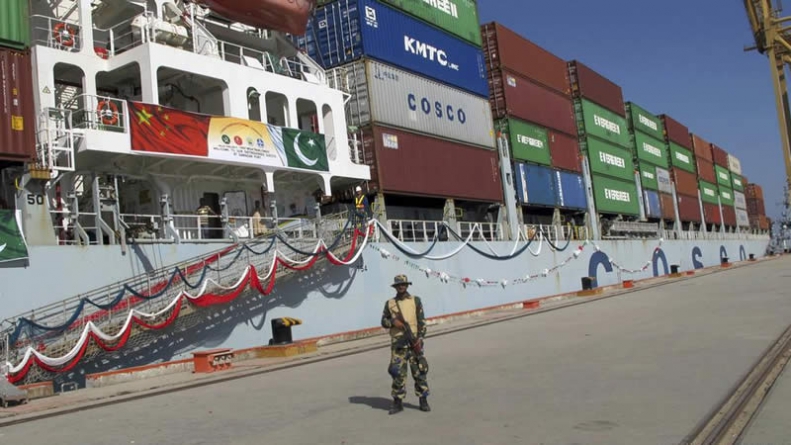 In the previous two years, Pakistan had started to pick its pace at a slightly high point where economic activity had just started to improve. Both the current account along with the non-oil current account continued to improve after the exchange rate reforms while sectors with the highest forward linkages i.e, cements, iron & steel started to show an upward spike in production. The fiscal side also seemed strengthened over a period of time while a growth in revenue collections at all levels, especially direct taxes was also being witnessed. However, with the current pandemic, this meager growth achieved is now threatened.

According to a WB assessment the global impact of Covid-19 could reach $347 billion (0.4% of Global GDP). Nearly all regions suffered a double-digit decline in trade volumes in 2020, with exports from North America and Asia hitting the hardest. However, it is important to note that this hit was majorly experienced by countries with sizable exports due to trade problems, but Pakistan has low GVC exposure to the world especially China, which means it has suffered lesser trade disruptions so far.
Trades have fallen steeper in sectors with complex value chains, particularly electronics and automotive products. According to the Urban Unit’s spatial industrial data, currently 18% of the industries in Pakistan are operational. These include Fertilizer industry, Agriculture, Agriculture spare parts and export industry which are operating under conditions of following certain SOP’s developed by the Punjab government. However, strict monitoring from government will also be required as an exemplary practice of these SOPs which will further encourage the government to open up other capital-intensive sectors.

On the monetary side, there are several efforts made by the government. Under a federal package, a Rs.100 billion relief has been provided to SME and the agriculture sector along with concessional loans. Money is allocated to lower input cost for farmers along with a 12,000 PKR monthly package with facilities of Pana gahs & Langar centers. The Punjab Government on the other hand have implemented tax reductions where all forms of GST is removed from online platforms; businesses and services related to HR; deferment of Tax is implied for properties; CVT & Stamp Duties have been reduced to 2% on property transactions; construction industries, Hospitals & Medical consultants.

In addition to these, the state bank of Pakistan has provided relaxation in export schemes (EFS & LTFF), and has enhanced liquidity for exporters while providing extensions in time period to ship and import goods against advance payment. The bank has also reduced its interest rate from 13.5% to 9%. However, there are also some further actions that the government can take in order to improve the current economic situation. A regulatory framework can be adopted keeping in view some of the best international practices from where many risk management practices can be learnt to determine best price discovery (for example, the USA has dropped the interest rate to 0%).

Secondly, allowing ease of entry for the institutional capital in order to broaden the depth of the market i.e. attracting the FDIs in newly established SEZs in Faisalabad, Bhalwal, Vehari and Rahimyarkhan by simplifying provincial and federal procedures. Thirdly, role of aggregators, producers and organizations could be improved for better price negotiations for SME’s. Fourth, access to foreign capital should be made easier and distortions should be minimized by developing linkages with the international markets. That means ease of doing business index, logistic performance index and reduced lead time for exports should be commenced. Lastly, emarkets should be developed where participants can access both international and domestic markets. E-Commerce policy at provincial level must be put in place with incentive to increase documentation of economy and online trade at B2B B2C and C2C levels.

It is important to remember that Pakistan is not alone in this economic downfall. It is vital to have a positive outlook on the situation and prepare for the future with better resilience. Effective policies and active preparedness can give impetus to the industrial revival post the covid19 pandemic.