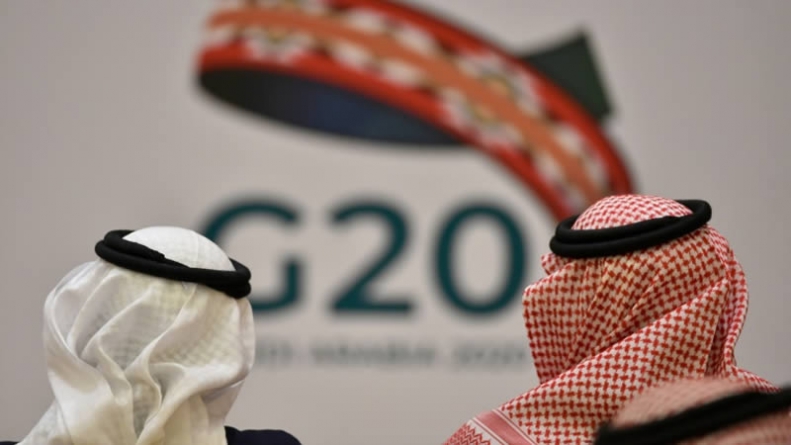 Pakistan has formally requested members of G-20 nations for debt relief with a commitment of not contracting new non-concessional loans, except those allowed under the International Monetary Fund (IMF) and World Bank guidelines.

The formal requests were sent to individual countries on Friday under the G-20 Covid-19 Debt Service Suspension Initiative, a senior official of the economic affairs ministry confirmed to The Express Tribune on Monday.

The government has not mentioned the debt relief in the request letters, although it has assessed the cumulative relief quantum at $1.8 billion for May-December 2020 period.

Pakistan has also intimated to the IMF, the World Bank and the Paris Club about its decision to formally seek debt relief. Last month, the IMF’s Resident Representative to Pakistan Teresa Daban had said that Pakistan did not officially make any request to G-20 countries for debt relief.

Pakistan owes $20.7 billion to 11 members of the Group of 20 rich nations. Out of this sum, an amount of $1.8 billion would mature by December 2020, including the interest payments, according to the economic affairs ministry.

On April 15, the G-20 nations announced a freeze on debt repayments from 76 countries, including Pakistan, during May to December 2020 period, subject to the condition that each country would make a formal request.

However, one of the eligibility criteria were that the beneficiary country would not “contract new non-concessional debt during the suspension period, other than the agreements under this initiative or in compliance with limits agreed under the IMF Debt Limit Policy (DLP) or WBG policy on non-concessional borrowing”.

In these eight months, Pakistan will have to make $1.8 billion repayments to its 11 members. This includes $1.47 billion principal loans repayments and $323 million interest on the loans. Also, $613 million Saudi debt and $309 million Chinese debt will mature, according to the economic affairs ministry.

Under an IMF condition, the $7.5 billion loans that the PTI government had secured from China, Saudi Arabia, United Arab Emirates and Qatar cannot be returned during the IMF programme period. These loans were secured only for one year to avoid default on international debt obligations but the IMF had put a condition that this money would be rolled over every year until the programme ends in 2022.

If the G-20 member countries accept the request, Pakistan will have four years period to return the amount, including one year of grace period.

Pakistan assured the G-20 members that it would not contract new non-concessional debt during the suspension period other than the agreements under the initiative or in compliance with the limits agreed under the IMF Debt Limit Policy or World Bank Group Policy on non-concessional lending.

The IMF had approved $1.4 billion emergency loans, which largely bridged the projected financing gap but the amount fell short of the full needs. Pakistan’s exports and foreign remittances were projected to be affected by the “Great Lockdown”, which had put additional burden on the official foreign exchange reserves.

The IMF report stated that though Covid-19 shock had increased near-term risks, with strong policy implementation under the EFF and continued support by multilateral and official bilateral creditors, Pakistan’s debt remained sustainable over the medium-term.

The G-20 countries had announced the debt relief to help the poorest countries to use the created fiscal space to increase social, health or economic spending in response to the crisis. A monitoring system was expected to be put in place by the international financial institutions.

The debt relief will last till end of 2020 but the G-20 countries might consider a possible extension, taking into the account a report on the liquidity needs of eligible countries by the World Bank and the IMF.