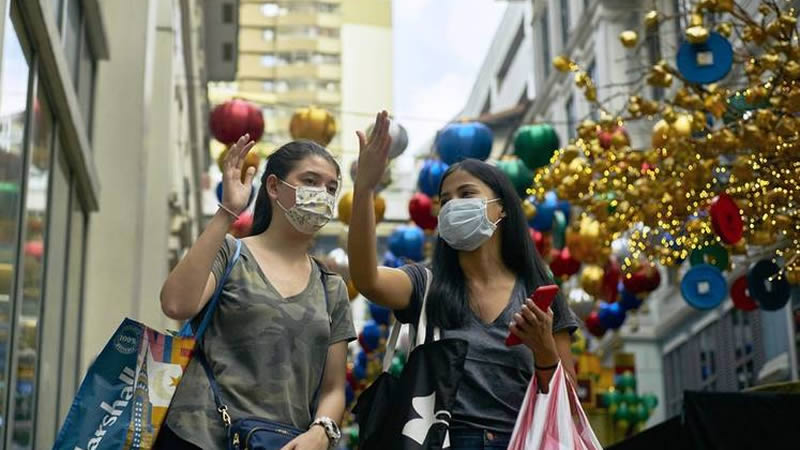 China is a global heavyweight in terms of its sheer size, population, economy and growth rate, with the central Asian republic accounting for approximately 20% of the world’s gross domestic product. Therefore, it is imperative that we keep an eye on how the coronavirus and resulting situation develops in China because it can have possible ramifications, not only for Pakistan, but for the global economic community as a whole.

Coronavirus, or convid-19, is certainly taking its toll on the population in mainland Chinese. The latest reports indicate that the death toll has surpassed 2000 while over 74,000 have been infected by the disease. On the other hand, China’s National Health Commission reported 1,749 new cases on 19 February, 2020 which is apparently the lowest daily tally of new cases observed since the end of January. Regardless, one cannot say with any real conviction as to whether the disease is nearing containment because the disease is still spreading, albeit at a slower rate.

Early indicators suggest that China’s internal lock-down and the resultant local economic downturn of global trade has affected a myriad of sectors and industries globally such as airlines, automobiles, tourism, retail, engineering, Global Value Chains (GVCs) and food, to name a few. The effects of this economic hard landing are being seen all over the globe. For instance, Apple has already slashed its sale projections for the first quarter due to the virus. This is because China is the largest consumer as well as exporter of goods and so, companies that have setup manufacturing plants there will not be able to produce or even access their products readily. Simply put, sluggish economic activity in the single largest market will not bode well for the world.

According to the IMF, the dent to global economic growth will be limited to approximately 0.2% if the virus is contained soon. We’re not even prepared to debate the extent of damage if the virus is not contained. However, we can make certain predictions as to what will happen in the immediate future. For starters, China could opt to enact a fiscal stimulus through an increase in public spending, a reduction in interest rates and a decrease in taxes in order to combat sluggish economic activity and boost disposable income amongst the general population to increase the common man’s spending. Already, we have seen reports suggesting that China is planning to do so, with the initial phase of public spending consisting of cash injections into the airline industry which has been hit hard by the corona quarantine. However, increased public spending could potentially bring down the value of the Chinese yuan which will prompt fears of a competitive devaluation from other countries. As a result, countries that boast a trade surplus with China might be forced to depreciate their currency as well in order to remain competitive because demand for their goods will noticeably decrease within the central Asian republic. This could result in the positive trade balances of such countries to slowly diminish.

Certain factories that have resumed production in China are already reporting lower staff turnout because many workers are either quarantined or unable to access their places of work and therefore, countries dependent on China for goods are facing a serious disruption in supply. Pakistan is one of these countries as it imports almost one-fourth of its total goods from China. If we exclude oil imports and give consideration to under-invoicing, which is the process of declaring a good at a lower value in order to save on taxes and duties, the percentage of Chinese imports could be even greater. Therefore, Pakistan will face the brunt of China’s economic slowdown and shall experience a multitude of effects such as increased inflation due to a shortage in the supply of Chinese goods, a loss of exports under the new Free Trade Agreement (FTA) with China, a decrease in revenues from import duties and finally, a dent in local business activity due to unavailable raw materials. Local traders are already complaining of heavy losses due to import delays and slower clearance of consignments that have already arrived at the ports.

As a result, Pakistanis should brace themselves for supply-disruption which will create additional inflationary pressure because dwindling inventories of basic goods will provide profiteering opportunities to large retailers and stockists. The government could once again be caught off guard with the increased supply-side inflation and the common man will continue to suffer, seeing as how inflation numbers already peaked at 14% in January this year. Trading activities and industries reliant on China for raw materials may see their productivity decrease which could result in employees being laid off, particularly contractual workers and labourers in factories.

However, there is a noticeable silver lining which comes in the form of lower oil prices. The Chinese economy greatly affects the pricing of global commodities, particularly oil because China is the second largest consumer of oil globally. The Organisation of Oil Exporting Countries (OPEC) has already decreased its projected figures for oil demand growth this year while oil prices for Brent crude oil decreased 17% to $54 per barrel two weeks ago. This might allow the incumbent government to decrease oil prices and in turn, gather some much needed political capital by providing a catalyst to an otherwise slow moving economy, albeit moving in the right direction. However, the window of opportunity to do this could be small, considering that oil prices are already exhibiting signs of recovery, with Brent crude priced at $58 as of 19 February, 2020.

The coronavirus is proving to be a black-swan event that is slowing down economic activity across the globe and so, one can only hope that its impact is short-lived. However, it is a stark reminder of how bad the effects of an pandemic can be, even for a country as well-equipped as China. Therefore, it is imperative that Pakistan secures the supply of essential goods soon so that in case convid-19 is not brought under control in a timely manner, Pakistan can deal with the foreseeable shortage of crucial commodities.