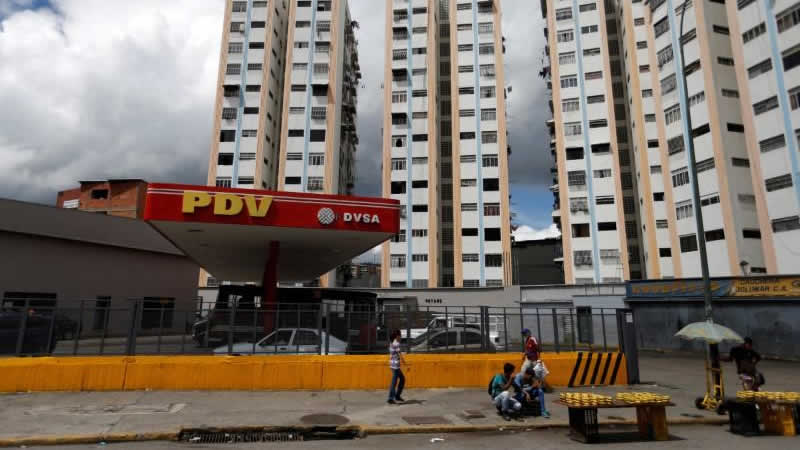 US oil markets had a muted reaction on Monday after Washington slapped sanctions on Venezuelan President Nicolas Maduro but experts say broader oil-sector and financial sanctions may be the only way to make the Venezuelan government feel economic pain, reported Reuters.

The move came after Sunday’s vote creating a new super-legislature known as a Constituent Assembly, through which Maduro plans to rewrite the Constitution to make it more representative of the Venezuelan people. Countries around the world denounced the vote while Washington called it a ‘sham’. All of Maduro’s assets subject to US jurisdiction were frozen, and Americans are barred from doing business with him, the US Treasury Department said.

Treasury Secretary Steven Mnuchin, when asked about oil sanctions against Venezuela, said the US would consider all options, keeping the possibility of trade flow disruptions alive. US oil futures CLc1 rose to settle above $50 a barrel on Monday, ahead of a key producer meeting and on expectations that sanctions would include the oil sector. Traders and analysts said the sanctions, in their current state, would not affect oil flows to or from Venezuela.

“The latest sanctions are more symbolic than anything else, as the oil sector remains exempted,” said UBS oil analyst Giovanni Staunovo. The market had expected a likely ban on US exports of lighter crude that Venezuela mixes with its heavy crude. Other options had included individual sanctions or various measures to restrict the Venezuelan government and state oil company PDVSA’s access to the US banking system.

Such moves might help Maduro in the realm of public opinion, said Adam Sieminski of the Center for Strategic and International Studies think tank and former head of the US Energy Information Administration, prior to the announcement. “If we impose sanctions on Venezuela, we’re giving Maduro a scapegoat. He can blame his country’s problems on the United States,” he said.

Venezuela is a key source of heavy sour crude for US refiners. US imports of Venezuelan crude in the first four months this year averaged 724,000 barrels per day (bpd). The country has become more reliant on imports for blending due to problems at its refiners, which are running far below capacity. Venezuela took in an average of nearly 87,000 bpd of American-made fuels so far this year. US refiners such as Valero Energy Corp (VLO.N) and Marathon Petroleum Corp (MPC.N) have been shifting away from processing heavy crudes such as those supplied by Venezuela and other OPEC producers.