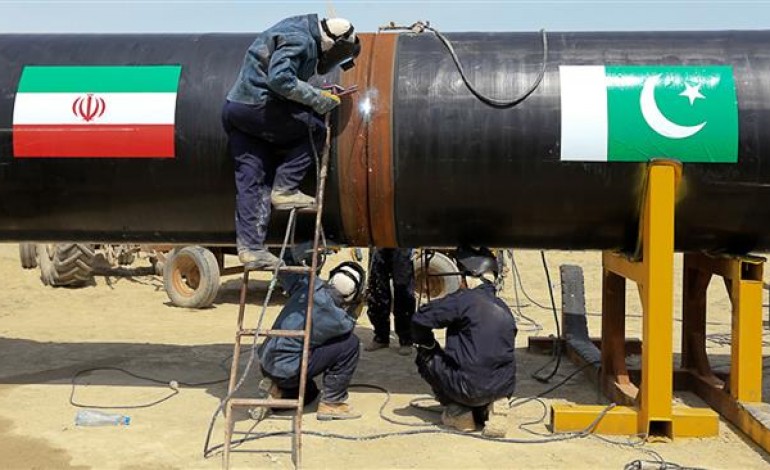 A landmark deal on Iran’s nuclear programme has breathed new life into plans for a gas pipeline through Pakistan — and sparked a geopolitical tussle, with Russia looking to expand its influence, observers say.

With sanctions on Iran likely to ease and peace talks between the Taliban and Afghan government getting under way, wrangling is intensifying over the proposed pipelines, which would link Central Asia to the Middle East.

Islamabad last week hailed the nuclear deal, struck after long negotiations in Vienna, as reviving a stalled project to pipe gas from Iran’s southern fields to energy-starved Pakistan. The South Asian state is desperate for solutions to a long-running power crisis that has sapped economic growth and left its 200 million inhabitants fuming over incessant electricity cuts. The $7.5-billion Iran-Pakistan (IP) pipeline was inaugurated with great fanfare in March 2013 — but the project immediately hit quicksand in the form of international sanctions on Tehran, which meant cash-strapped Pakistan struggled to raise the money to build its side. Pakistan’s Minister of Petroleum and Natural Resources Shahid Khaqan Abbasi said the Vienna deal should allow Islamabad to make good on its agreement to finish the pipeline and buy Iranian gas. “Now hopefully, as the sanctions are removed, it facilitates us to address our energy need and also meet the contractual obligation,” Abbasi told AFP.

Tehran has already built its part of the 1,800-kilometre (1,100-mile) pipeline which should eventually link its South Pars gasfields to the Pakistani city of Nawabshah, close to the economic capital Karachi. As part of an ambitious $46 billion economic corridor linking western China to the Middle East through Pakistan, Beijing recently started work on the section of the pipeline between Nawabshah and the port of Gwadar, close to the Iranian border. Once this is completed, Pakistan will build the last 80 kilometres to Iran — before the 2018 general election, the government hopes — and it could in future extend the connection northeast to China, according to government sources. – AFP