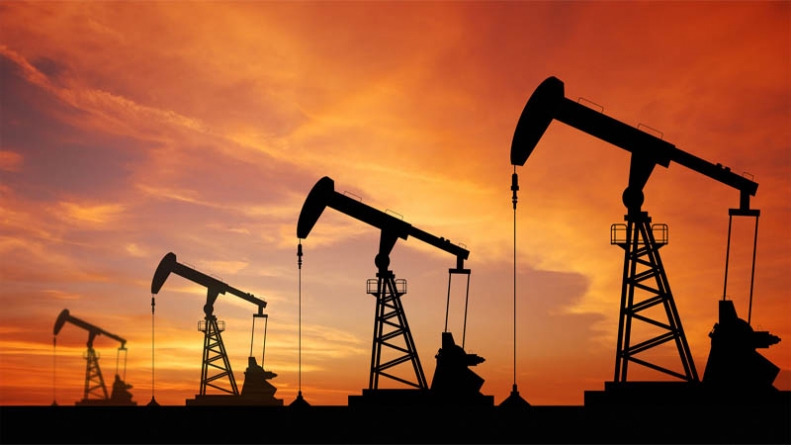 Oil settled down as much as 1 percent on Monday, retreating from Friday’s sharp rally on a strong dollar and concern over stubbornly high supplies as OPEC was expected to stick with robust production at its meeting this week.

The Organization of the Petroleum Exporting Countries pumped a 2-1/2 year high of 31.22 million barrels of oil per day (bpd) in May, a Reuters monthly survey showed.

The boost put OPEC production further above its target of 30 million bpd, underlining the focus of top exporter Saudi Arabia and other key members on market share. The group meets on Friday and is expected to maintain its current production policy, keeping the world oil market amply supplied for the foreseeable future. “OPEC continues to produce well above target, and also well above demand for its oil,” said Carsten Fritsch, senior oil analyst at Commerzbank in Frankfurt. The dollar rose half a percent against a basket of currencies on Monday, lifted by stronger-than-expected U.S. construction spending data and Greek debt woes. A strong greenback makes dollar-denominated commodities, such as oil, less affordable for holders of other currencies such as the euro. Brent crude oil futures, settled down 68 cents, or 1 percent, at $64.88 a barrel. U.S. crude fell just a dime, settling at $60.20 a barrel, after falling more than 1 percent with Brent earlier.

Some attributed U.S. crude’s relative strength to stronger U.S. demand for oil and gasoline as the peak season for road travel kicked in. Data from market intelligence firm Genscape showed a draw of more than 1.1 million barrels between Tuesday and Thursday at the Cushing, Oklahoma, delivery point for U.S. crude futures, market sources said. The U.S. oil rig count also showed new declines last week, against market expectations of a rise. That signaled that recent price rebounds have not yet prompted drillers to rush into putting new wells into operation Oil prices jumped 5 percent on Friday, their strongest gain in 1/-1/2 months, amid a stall in the dollar’s rally. “Demand for crude and rig cuts on the U.S. side continue to be better than thought,” said Phil Flynn, analyst at the Price Futures Group in Chicago. Despite the lower rig count, Goldman Sachs maintained a bearish view on U.S. crude, saying fourth-quarter oil production in the United States was on track to be 155,000 bpd above that of the same period of 2014. –Reuters