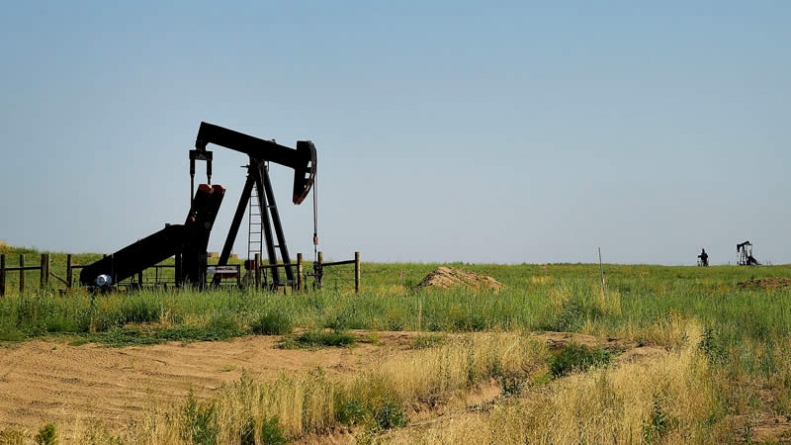 U.S. crude stocks jumped by 10.3 million barrels last week, the government said, versus a Reuters poll calling for a build of just 4 million barrels. While the Cushing, Oklahoma hub for U.S. crude saw less supply than expected, it was still the eighth straight week of builds and record highs for total inventories. “It’s another bearish data point in an already bearish fundamental environment,” said Dominick Chirichella, senior partner at the Energy Management Institute in New York. Even so, oil prices did not tumble as much as in recent days, with benchmark North Sea Brent down $1.40, or about 2 percent, at $59.62 a barrel by 12:11 p.m. EST. Brent dived 5 percent on Monday on speculation a nuclear deal for Iran could lift sanctions and flood the market with new oil exports from the OPEC member. U.S. crude was down 65 cents, or about 1 percent, at $49.97 a barrel. After tumbling 60 percent between June and January, Brent has steadied at around $60 a barrel in recent weeks and U.S. crude near $50 as bulls re-entered the market after huge cuts in future exploration budgets of oil firms and declines in the number of U.S. rigs drilling for oil.

Read More: Oil Down Against, Dollar Jumps Vs Euro

“Right now, the market has an upward bias,” said Gene McGillian, senior analyst at Tradition Energy in Stamford, Connecticut. “But at some point, we’re going to have to reflect the huge amount of oil we’re producing.” Saudi Arabia could be another factor in supporting the market, traders said. Saudi Oil Minister Ali al-Naimi said on Wednesday he expected supply and demand of oil to reach a balance soon and prices to stabilize. His remarks, made in a speech in Berlin, came after a hike on Tuesday in official selling prices (OSPs) of Saudi crude delivered to Asia and the United States. Led by the Saudis, OPEC decided not to cut output last year and let prices fall instead as its members moved to defend their share of the market against fast-growing U.S. shale output. “Global economic growth seems more robust,” Naimi said in his speech, indicating the Saudi view that oil consumption was likely to grow. –Reuters