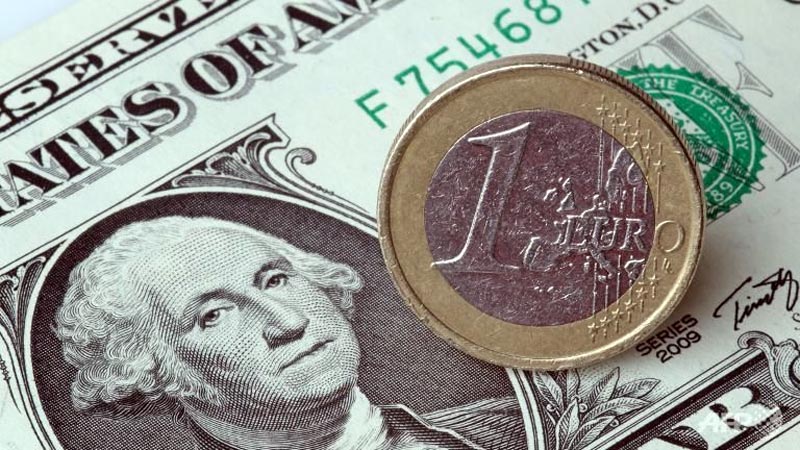 The euro slid against the dollar Wednesday after eurozone inflation turned negative, raising hopes for fresh stimulus from the European Central Bank.

Consumer prices dropped by 0.2 percent in December in the eurozone, the first time inflation has been in negative territory since October 2009 amid the financial crisis, European Union data showed. The weak inflation number, reflecting in part the collapse of global oil prices, raised fears that the ailing eurozone is on the brink of deflation, the pernicious long-running fall in prices that undermines growth and is difficult to correct.

Oil prices have continued to fall in January and have lost more than half their value since June, with the US benchmark contract firmly below $50 a barrel. The specter of deflation was expected to pressure the European Central Bank to launch a bond-purchase program stimulus, or quantitative easing, as early as its January 22 monetary policy meeting.

“With inflation contracting in Europe, it makes it more difficult for the ECB to say no to more stimulus,” said Joe Manimbo of Western Union Business Solutions. Meanwhile the minutes of the Federal Reserve’s December meeting highlighted risks to the US economy from international developments. Policymakers also appeared willing to look past inflation that is below target in pursuit of hiking interest rates this year.

“The Fed is determined to tighten, though several participants urged for more data-dependent criteria so that investors would get away from a conviction the hike will be in the middle of the year. The Fed may hike rates even if headline inflation runs well below target for a time,” said Chris Low of FTN Financial. –Reuters