Oil Down Against, Dollar Jumps Vs Euro 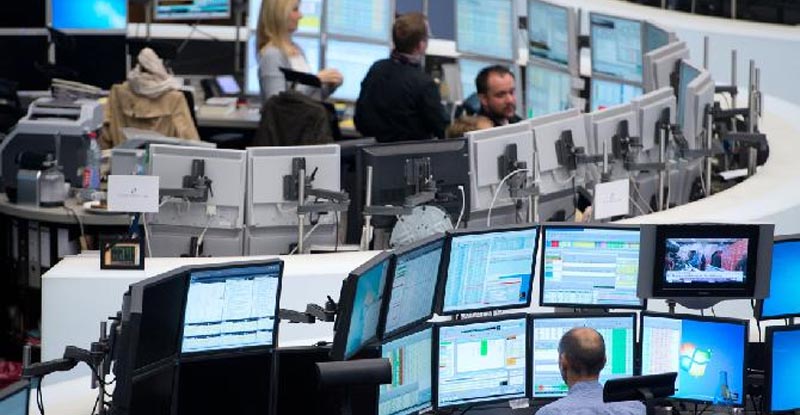 Oil markets fell back on Thursday after a one-day spike as worries about high supplies returned to haunt traders, while the dollar pressed on with its rally which weighed on commodities priced in the currency.

Benchmark Brent was down 60 cents, or 0.7 percent, at $82.35 a barrel by 11:20 a.m. EST (1620 GMT). U.S. crude was off $1.05, or 1.3 percent, at $77.63, after tumbling close to multi-year lows hit earlier in the week. Oil markets had a respite from recent weakness on Wednesday after rumors about a Saudi pipeline blast and data showing U.S. crude inventories rose just a fifth of the levels forecast last week. Brent finished the session slightly higher while U.S. crude jumped nearly 2 percent.

Prices came under renewed pressure on Thursday after OPEC’s insistence that it was “not panicking” about the near 30 percent fall in Brent’s value since June. Traders took that to mean that the producer group will not push for output cuts at its Nov. 27 meeting. The dollar rallied to a more than two-year high against the euro after the European Central Bank kept interest rates at record lows. The greenback was also boosted by data showing fewer filings of new U.S. unemployment benefit claims in the previous week.

“We don’t seem to have any ability by any oil producer to cut production,” said Gene McGillian, senior analyst at Tradition Energy in Stamford, Connecticut. “But we have fears of an European recession, lower-than-expected Chinese growth and strong U.S. recovery that is boosting the dollar.” “We may look oversold on oil but until we get the factors for a sustained rebound, I don’t think we have hit bottom.” Oil traders were also wary about the possibility of an Iranian nuclear agreement soon that could ease sanctions on Tehran’s crude exports, adding to global production. U.S. Secretary of State John Kerry said on Wednesday a deal between Iran and six world powers would be harder to achieve after a Nov. 24 deadline.

Suggesting a degree of urgency ahead of planned talks in Oman next week. Samuel Ciszuk, senior adviser on supply security at the Swedish Energy Agency, told the Reuters Global Oil Forum on Wednesday he gave a 50-50 chance for a deal or compromise being reached on Iran. Not everyone is gloomy with their oil outlook though. North Dakota oil producer Continental Resources is among the few betting on a rally. “We have elected to monetize nearly all of our outstanding oil hedges, allowing us to fully participate in what we anticipate will be an oil price recovery,” the firm’s Chief Executive Harold Hamm said in a statement. –REUTERS