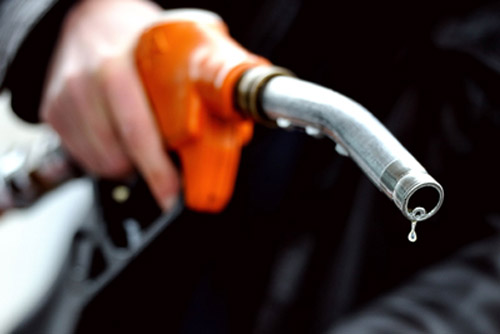 Oil prices rebounded in Asia Friday on bargain-hunting following sharp falls stoked by a slew of downbeat global economic data and easing concerns about the Ukraine crisis, analysts said. US benchmark West Texas Intermediate (WTI) for September delivery rose eight cents to $95.66 while Brent crude for October was up 55 cents to $102.62 on its first day of trading.

WTI sank $2.01 in New York trade Thursday while the Brent contract for September delivery fell $2.27 to expire at $102.01, its lowest closing level since late June 2013. “The steeper-than-expected decline in oil prices is partly in reaction to soft economic data out of major global economies this week,” Desmond Chua, market analyst at CMC Markets in Singapore, told AFP. The sharp falls in oil prices on Thursday coincided with the release of data showing growth in the 18-country euro zone area stalled in the second quarter.

Germany, Europe’s largest economy, shrank by 0.2 percent, and France, the second-largest, had zero growth for the second consecutive quarter. Prices were also under pressure after the release of a string of disappointing Chinese data on Wednesday. Chua said risk premiums associated with the armed insurgency in Ukraine, a key conduit for Russian energy exports to Europe, are continuing to unwind. “With Ukraine, Russian president Vladimir Putin’s conciliatory comments towards the West have been seen as an effort to diffuse tensions and downplay the likelihood of a full-blown conflict in Ukraine,” Chua said.

In a speech on Thursday, Putin said Russia would not “fence itself off from the outside world” despite a plunge in East-West relations over the pro-Kremlin insurgency in Ukraine. He said Moscow would not break ties with the United States and Europe but “should also not let them treat us with disdain”. Russia is the world’s second-largest oil producer. There are fears that tough Western sanctions against Russia for its seizure of Crimea in March and support for separatists in east Ukraine could affect its gas exports to Europe.  -samaa