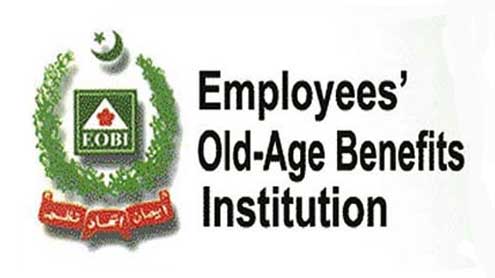 ISLAMABAD: The Employees Old-Age Benefits Institution (EOBI) is ready to invest its funds in electricity generation projects to enhance its revenues and help ease the energy crisis in the country.

This was stated by EOBI chairman, Zaffar Iqbal Gondal while addressing business community at Islamabad Chamber of Commerce & Industry (ICCI) here on Tuesday.He said that EOBI was planning to invest in a coal, water and slurry project as coal is available in abundance adding that EOBI has offered to invest Rs. 15 billion for Bhasha dam.He further elaborated that agreement had been signed with Nadra’s E-sahulat service and Easy Paisa service that would also be offered for quick delivery of pensions to the EOBI pensioners.

He admired the employers’ positive role for paying EOBI contribution due to which EOBI funds had increased to Rs. 253 billion from Rs 149 billion in a short span of time.Zafar Gondal said that EOBI has also invested in real estate projects which would increase sources of income for the welfare organization adding that increase in the revenue of the institution would enable it to enhance pension benefits for workers registered with it.

Previously minimum monthly pension of workers had been fixed at Rs. 1500, but now it has increased up to Rs. 3600 per month and EOBI officials hold regular meetings of Advisory and Dispute Resolution Committees to avoid misconception and resolve the problems faced by the business community of ICCI, he added.Speaking on the occasion, Saeed Ahmed Bhatti, Acting President ICCI appreciated the important role of EOBI in poverty alleviation by providing valuable pension benefits to the insured persons.

He said that ICCI should be given representation in EOBI Board of Trustees in order for smooth resolution of problems of business community and insured employees of private sector.The Advisory and Dispute Resolution Committees should be made proactive and more effective for prompt resolution of stakeholders’ disputes, he added.Acting President ICCI said that EOBI should defer the receipt of contributions from industries and businesses that are in financial straits till the time they come out of crisis situation.He further said that EOBI should come up with technology-based innovative options for quick delivery of pensions to facilitate the pensioners.Bhatti said that there is a need of launching a comprehensive media campaign for educating the masses and the stakeholders about the benefits and facilities offered by EOBI.