Islamabad likely to seek $5-6b package 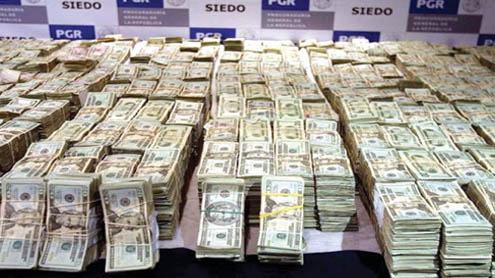 Islamabad likely to seek $5-6b package

ISLAMABAD: Pakistan and International Monetary Fund (IMF) would hold talks next month (April) in Washington wherein Islamabad might seek fresh bailout package to avert a crisis of balance of payments, it has been learnt.

“Pakistan and IMF will hold sideline meeting at the annual spring meeting of World Bank/IMF in Washington next month. The caretaker government will decide to seek fresh bailout package from the Fund as we cannot say it now”, said Rana Assad Amin, spokesperson and advisor to the Finance ministry while talking to Media on Thursday. The policy-steering bodies of the IMF and the World Bank (Development Committee) will hold their semi-annual meetings on April 20.

However, sources in finance ministry and economic experts believed that caretaker government is likely to seek fresh programme worth of $5 to $6 billion to avert a crisis on balance of payments, as foreign currency reserves are sharply depleting due to heavy repayment to the IMF. Pakistan’s overall liquid foreign exchange reserves fell to $12.805 billion on February 28 2013 wherein reserves held by the State Bank stood at $7.861 billion and reserves held by commercial banks stood at $4.944 billion. The foreign exchange reserves might decline to $7.5billion to $8.5billion at the end of the current fiscal year, 2012-2013 due to a heavy repayment to the IMF.

Sources said that IMF is expected to include conditionality such as greater revenue generation by the abolishment of income tax, sales tax, federal excise duty and customs duty exemptions besides the containment of losses incurred by public sector enterprises and the power sector for the new loan agreement.During the last talks, the IMF team is said to have insisted on the reduction of the budget deficit by 1.5 percent of GDP over the medium term through policy measures that generate revenue and cut expenditures.

Pakistan has paid over $3.2 billion to the IMF putting pressure on the already depleting foreign exchange reserves. The country’s external account is under extreme pressure since the inflows were negligible during the year 2012, while outflows eroded the reserves. The remaining amount due under the IMF/SBA (standby arrangement programme) until September 2015 is $3,239million. The remaining repayments to the IMF and other international financial institutes would certainly hit the country’s external position with weak reserves and sharply declining foreign investments.

The government is repaying the loan, $7.6 billion, taken in 2008 under the SBA, which was increased to $11.3 billion, but the country was not eligible for the last two disbursements of $3.2 billion due to its failure to comply with the performance criteria. The government failed to bring reforms to the General Sales Tax (GST) and the power sector, which became the reason behind of the suspension of the programme.Sources said in the next financial year, Islamabad would have to repay $3.4billion to the IMF. Hence, Pakistan would have no option, but to seek a fresh bailout package from the IMF to remove the possibility of a default.