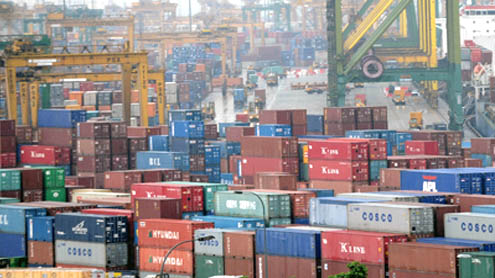 ISLAMABAD: Economic experts have termed the rise in remittance as a strong cushion for the country’s ailing economy, providing a bailout package at a much needed time to bring about stabilization.

“Being the one of most important positive indicators, the record increase in remittance is very good for the economy of the country,” Former Finance Minister, Dr. Salman Shah told APP.He said that the boost in remittance would also help ease the pressure of balance of payment of the country.Dr.Salman was of the view that Overseas Pakistan were the one of the biggest resources to boost economy of the country adding that Overseas Chinese and Indians have made huge investment in their respective countries.

“If Pakistani government serves its overseas Pakistanis and take initiatives by providing them incentives then they can play a vital role in boosting Pakistan’s economy through their remittances and investments for the socio economic prosperity of Pakistan”, he remarked.Citing another reason for increase in remittances, he said due to the recovery in various economies including USE, Saudi Arabia where overseas Pakistan lives, the remittances have increased considerably.

It is pertinent to mention here that The Pakistan Remittance Initiative (PRI) launched by the government to facilitate overseas Pakistanis has been bearing fruits as the remittances have touched record high during the seven months of the current fiscal year.The government had launched PRI in April 2009 through the joint cooperation of State Bank of Pakistan, Ministry of Overseas Pakistanis and the Ministry of Finance in order to provide an ownership structure in Pakistan for remittance facilitation.This initiative facilitated and supported faster, cheaper, convenient and efficient flow of remittances.

PRI had taken a number of steps to enhance the flow of remittances through formal channels which including (i) preparation of national strategies on remittances (ii) taking all necessary steps to implement the overall strategy (iii) playing the advisory role for financial sector in terms of preparing a business case, relationship building with overseas correspondents, creating separate efficient remittance payment highways.

Experts believe that the continued growth in workers’ remittances is the result of the efforts made by PRI in collaboration with other stakeholders to facilitate both overseas Pakistanis and their families back home.It is pertinent to mention here that overseas Pakistani workers remitted a record amount of more than $ 8.206 billion in the first seven months (July January) of the current fiscal year 2012-13 (FY13), up by 10.36 % or $770.41 million when compared with $ 7.436 billion received during the same period of last fiscal year (July-January 2012).

According to latest data of State Bank of Pakistan (SBP) remittances received from Norway, Switzerland, Australia, Canada, Japan and other countries during the first seven months of current fiscal year (July January FY13) amounted to $605.89 million as against $540.34 million received in the first seven months of last fiscal year (July January FY12).The monthly average remittances for July January 2013 period comes out to $1,172.34 million as compared to $1,062.28 million during the corresponding period of the last fiscal year. – Brecorder