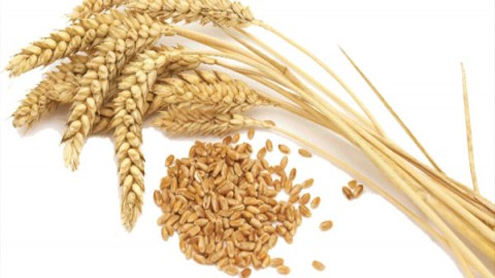 ISLAMABAD: Pakistan has turned around from a food deficient to a food surplus country and has also seen a sharp rise in the production of economically vital cash crops like sugarcane and cotton.

Impressive surge in the major crops yield lends credit to a combination of a sufficient raise in support prices and unhampered flow of credit for farmers.This remarkable turnaround has been achieved despite national calamities like floods and other challenges. Gone are the days when the country had to hurriedly arrange for the import of its major staple crop like wheat to feed its population.According to officially compiled figures, wheat production has increased by 14.5 percent, rice by 10.7 percent, sugarcane by 24.8 percent and cotton production by 14.1 percent during this period.

Pakistan was included in the list of food deficient countries in 2007-8 when it imported not only wheat but also pulses among other food items.During the financial year 2007-8, wheat production was recorded at 20.95 million tonnes against the domestic requirements of about 22 million tonnes, forcing the government to enhance its support prices besides providing subsidies on different agro-inputs like fertilizers, seeds and pesticides and provided technical assistance for growers.

According to the data of Agriculture Policy Institute (API), during the financial year 2009-10, the country harvested for the first time, a bumper crop of over 24 million tonnes.During the period under review, per acre crop yield also increased which maximised the farm income of small land holders of the country.During the financial year 2010-11, once again the country harvested a historic bumper wheat crop with an output recorded at 25.214 million tonnes which was surplus, resulting in Pakistan making an appearance on the list of wheat exporting countries.

The cotton crop output which was recorded at 11.655 million bales in 2007-8 increased by 14.1 percent during the last five years and reached 13.579 million bales during 2011-12.Agriculture credit disbursement by banks surged by 12 percent on a year-on-year basis to Rs 140.32 billion in the first half (July-December, 2012) of the current fiscal year (2012-13).According to the State Bank, in absolute terms, disbursement of credit to the agriculture sector increased by over Rs 15.11 billion in July-December, 2012 when compared with the total disbursement of Rs 125.21 billion in the same period of the last fiscal year.

Encouraged by the farmers’ performance, the present government has also played its part for further encouraging the farming community to enhance productivity. The government has also announced increase in the wheat support prices from Rs 1,050 per 40 kg to Rs 1,250 per 40 kg against last year’s support price.They said due to climate changes and increase in temperature, water level was swiftly decreasing which was an alarming trend for agro-based economies.To overcome such issues and challenges, they stressed the need for introducing short duration, drought resistant, disease resistant and low water consuming varieties to fulfil the increasing demand for food in the country. – PT