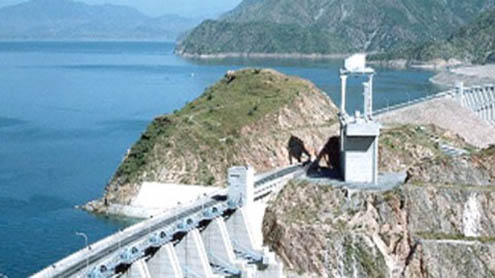 ISLAMABAD: The United States is strengthening Pakistan’s energy sector and helping to end energy shortages, said a statement issued by the USAID on Wednesday.

“Supporting the government of Pakistan’s efforts to improve the performance of the energy sector is one of our top assistance priorities,” said Power Distribution Program Chief of Party Craig VanDevelde. The aim of establishing the computer center is to modernise the Planning and Engineering (P&E) sectors of government-owned power distribution companies (DISCOs), improving energy distribution across Pakistan.

USAID also provides training for engineers and technicians from all nine DISCOs and is introducing international best practices for public utility management.This initiative to equip Pakistan’s power distribution companies with modern technology and training the human resource is just one part of a comprehensive United States’ energy assistance program which includes renovating the power plant at the Tarbela Dam, upgrading the Guddu, Jamshoro, and Muzafaragarh power plants, and completing the construction of the new Satpara and Gomal Zam dams.

Together, these large-scale energy projects will add up to 900 MW to the power grid by 2013-enough power to supply electricity to an estimated two million households. The five year USAID Power Distribution Program was announced by Secretary of State Hillary Clinton in 2009 as being among the United States’ efforts to support the government of Pakistan to reform its power sector to mitigate the current energy shortfall.The Program is helping government-owned DISCOs improve their commercial performance by reducing losses, increasing revenues and improving customer services through the introduction of new technology and improved work practices.