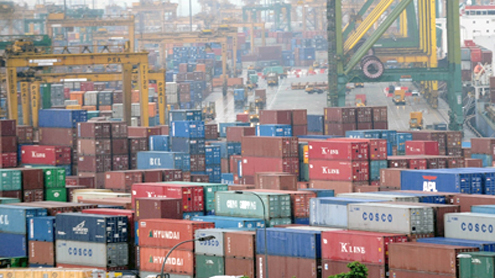 LAHORE: Pakistan Industrial and Traders Associations Front (PIAF) Monday urged the Federal Commerce Minister to finalise Trade Policy document in the light of business community suggestions and proposals to make it more meaningful and acceptable to the stakeholders.

PIAF Chairman Engineer Sohail Lashari said here that new policy should have certain achievable targets and realistic objectives.The industrial production would remain sluggish and all the targets of Trade Policy would remain unfulfilled unless and until measures were not taken to ensure availability of cheaper electricity and continuous supply of gas to keep industrial wheel on the move, he added.Lashari said the government should concentrate on increasing the hydel component in the electricity generation, as thermal power was very costly and also adding up to the oil import bill.

He also stressed the need for construction of Kalabagh Dam, citing that a lot of money had already been spent on this mega project.The PIAF Chairman said the upcoming trade policy must focus on promoting exports of non-traditional items as concentration on a few items and on few countries was also hitting the country’s economy hard. Auto-parts, handicrafts, precious stones, herbal medicines and fruits have huge potential in South East Asia, Far East and African region, he added.

He said that textile sector makes more than 65 percent of total export earnings despite the fact that Pakistan produces excellent quality fruit & vegetables, Halal meat, auto-parts, confectionary items, sports goods and medical equipment etc.The business community was ready to supplement all government efforts aimed at enhancing the exports but without due consultation of real stakeholders e