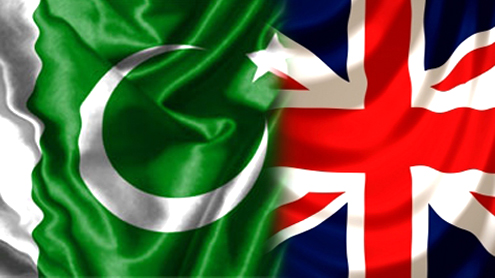 SIALKOT: British High Commissioner to Pakistan Adam Thomson Wednesday said that adequate efforts were being made for enhancing bilateral trade between Pakistan and United Kingdom to 2.5 billion Pounds by 2015.

Addressing the members of Sialkot Chamber of Commerce and Industry (SCCI) he said at present the trade volume between the two countries is about 2.1 billion Pounds.He said Pakistan has conducive atmosphere for foreign investment and the country’s future was in the hands of private sector adding that Sialkot was a developed city and its vibrant business community is playing a vital role in improving the image of Pakistan globally.

“The UK government is making strenuous efforts for motivating their businessmen to invest in Pakistan”, Adam Thomson said.The High Commissioner told that the UK government is granting urgent visa in five days while ordinary visa was being issued in 15 days and making efforts for further improving the visa service to facilitate the business community and visitors.He said UK had initiated teachers training programme in Pakistan while an agreement also exists for working in four districts of southern Punjab.

President SCCI Sheikh Abdul Majid said that Pakistan and UK were enjoying cordial relations in all fields, he said adding that UK investors should be encouraged to avail the opportunities to help and support Pakistan in achieving economic stability.”The district has the potential to produce products of international standard for quality conscious market of UK”, he said.

He hoped that visit of the High Commissioner will result in promoting better understanding and strengthening mutual economic relations between the business communities of Pakistan and UK.Earlier, the High Commissioner visited Sialkot International Airport and appreciated the efforts of the private sector for construction of the mega project. – Brecorder