Once we merge, the world will splurge 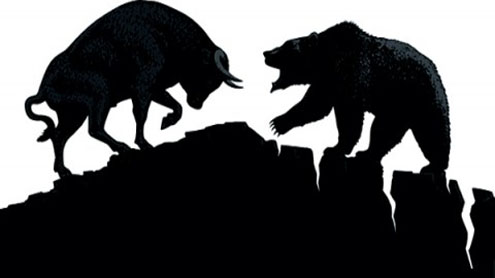 Once we merge, the world will splurge

ISLAMABAD: In order to lure the International Strategic Investors to invest in the local Stocks exchanges; the Securities and Exchange Commission of Pakistan (SECP) has proposed the merger of all three stock exchanges into one brokerage center with merge trading.

The SECP Chairman while talking to media on Friday at the SECP House said that the proposal has been given to the representatives of the all three stock exchanges which will be implemented with their consent. He said that the capital gains tax (CGT) will be implemented on the all three stock exchanges from the next week after the CGT rules would be notified by the Federal Board of Revenue (FBR) after which the National Clearing Company of Pakistan Limited (NCCPL) would start deducing the tax. The SECP Chairman said that the CGT law has been in place.

The Law and Justice Division has vetted the CGT rules and FBR will notify the same in coming days. The National Clearing Company of Pakistan Limited (NCCPL) would not be in a position to deduct the CGT unless or until the CGT rules are not being implemented. As soon as the CGT rules would be notified by the SECP, the NCCPL would start deducing the tax on stock market transactions. The FBR will publish the draft CGT rules for the information of all persons and draft will be taken into consideration after 15 days of its publication in the official Gazette. The CGT rules would be analyzed by all the stakeholders and any suggestion, which may be received from any person, in respect of the said draft shall be considered by the Federal Board of Revenue.

The Global Competitiveness Report (2012-2013) issued by the World Economic Forum has appreciated the performance of the Securities and Exchange Commission of Pakistan (SECP). Consequently, the SECP has been ranked 55, as compared to 70 last year. This acknowledgment by the World Economic Forum gives us immense pleasure, the SECP chairman, Muhammad Ali along with Amir Jahangir, CEO MISHAL Pakistan told journalists on Friday. We have taken many initiatives and we are really glad that our performance has been internationally recognized and appreciated, he said.

Elaborating on the SECP’s recent initiatives, Ali said that the demutualization of stock exchanges has been achieved. It will lessen the conflicts, which were found in the mutualized set-up where the brokers enjoyed rights of ownership, decision-making and trading. It will support enhanced governance and transparency at the stock exchanges and will bring about greater balance between the interests of various stakeholders. The capital market investor education and awareness program was launched in July 2012. It is aimed at making people aware of various financial products and understanding their rights and responsibilities to enable them to make informed investment decision.

The revised Code of Corporate Governance was launched in April 2012. And a similar code for the state-owned enterprises is being finalized. Since May 1, 2012, functional websites have been made mandatory for the listed companies. In May 2012, the SECP was elected to the executive board of the International Organization of Securities Commission (IOSCO), said Mr. Ali. Set up in 1983, the IOSCO is a Madrid-headquartered organization with 182 members. The SECP introduced and implemented the concept of e-IPO. New takaful rules have also been issued. New equity, derivatives products and commodity futures contracts, i.e., exchange traded fund, index options, futures contract in sugar and crude oil has been introduced.